Revealed: Westminster Hall’s ancient floors were DAMAGED by 250,000 mourners who queued to see the Queen lying-in-state

By Jamie Phillips For Mailonline

The ancient floors of Westminster Hall were damaged as 250,000 mourners queued hours to see the Queen lying-in-state.

Hundreds of thousands lined the streets of London, waiting up to 14 hours to pay their final respects to the late monarch.

A carpet was glued to the ground inside the historic palace as waves of people flooded in to visit across four days in September, but its 180-year-old Yorkstone flooring still suffered damage.

A spokesperson for the House of Lords told The Telegraph: ‘As a consequence of the high-level continuous footfall through Westminster Hall during the lying-in-state some delamination to the Yorkstone floor has occurred. 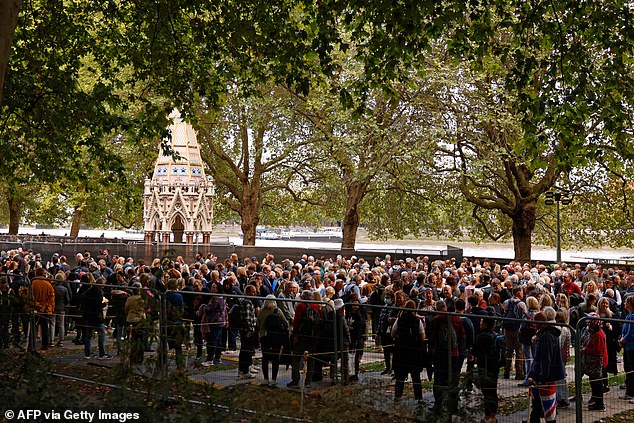 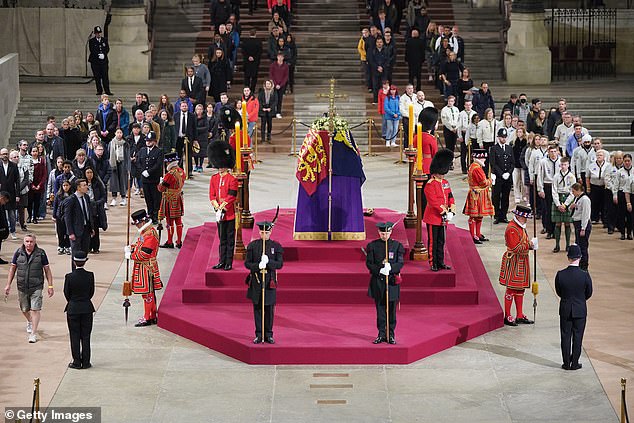 Hundreds of thousands lined the streets of London, waiting up to 14 hours to pay their final respects to the late monarch 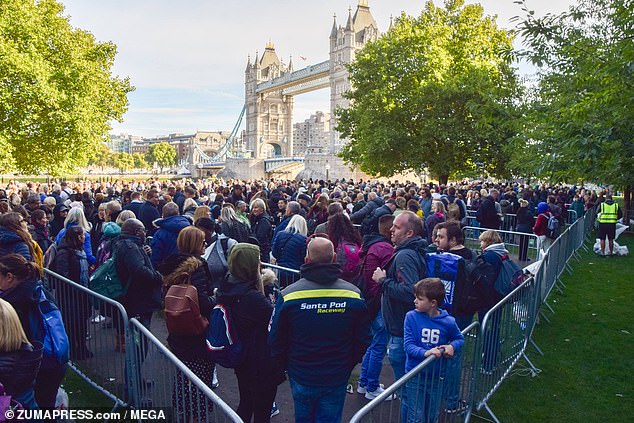 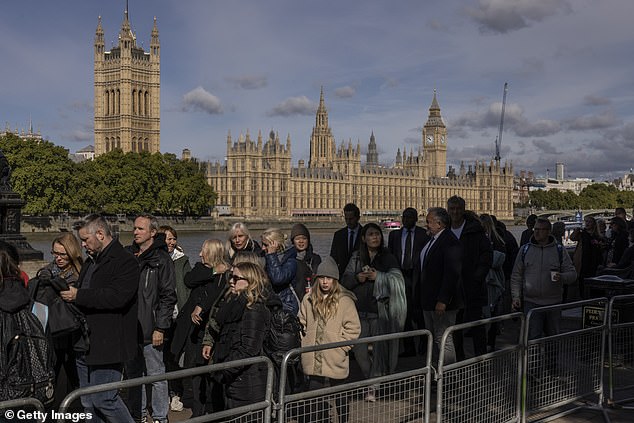 ‘It has exposed some areas of bare stone that will blend in with the surrounding areas over time. This does not present a structural risk.’

Delaminations means the colouring has become different to the stone around it, though the spokesperson said the damage is unlikely to become permanent.

They added: ‘That will blend in over time as it is exposed to the air so as it becomes unnoticeable.’

Major renovations took place at the hall following a huge fire in 1834, when the floor was lowered. The following year, though, another fire broke out during the work.

The queue to see the Queen lying-in-state reached five miles with officials having to discourage people from joining due to its length.

Visiting those in the queue, the Prince of Wales said his grandmother would have been amazed at the number of people queueing for hours to see her coffin.

The heir to the throne was speaking to mourners in the queue, saying: ‘This is amazing. She would never believe this. 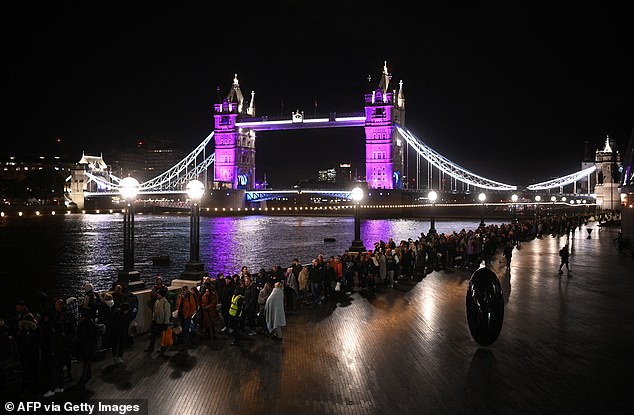 Members of the public stand in the queue in the early hours of September 18, near Tower Bridge 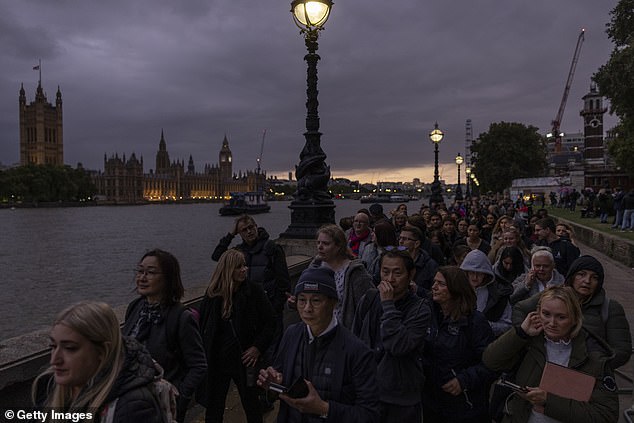 ‘Even in death she unites everyone, bringing everyone together, so I hope you’re all chatting amongst yourselves.’

He told people gathered there it was ‘lovely to see you’.

Reflecting on the queues, Culture Secretary Michelle Donelan also said: ‘You saw so many thousands out there and I don’t think anybody can suggest that our late monarch didn’t deserve that send-off, given the duty and the selfless service that she committed to over 70 years.

‘It was a great sense of the community coming together. I always think of our late monarch as the glue that brought society together.’