Professional cleaner: These are the three popular hacks you should never do in your home: ‘It’s a hard no from me’

A cleaner has shared the three popular cleaning hacks she would never do, and revealed why they don’t work.

Kacie, who runs The Big Clean Co in Melbourne, said while many people recommend using bicarb soda on your carpet to clean it or mixing bicarb soda and vinegar to clean out blockages in your drain and as a spray, she doesn’t think they work.

‘I always get hate when I say this because they’re popular ways of cleaning but thank you, it’s a hard no from me,’ Kacie posted on Instagram.

Scroll down for video 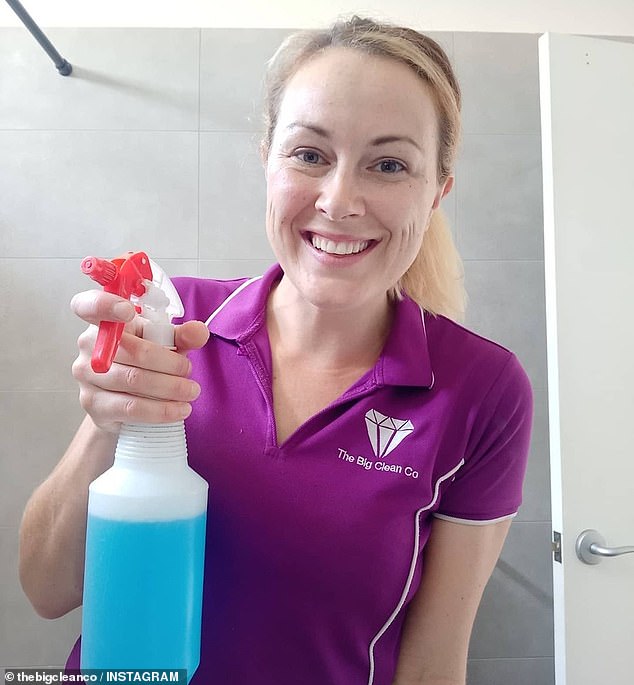 A cleaner has shared the three popular cleaning hacks she would never do, and revealed why they don’t work (Kacie from The Big Clean Co in Melbourne pictured) 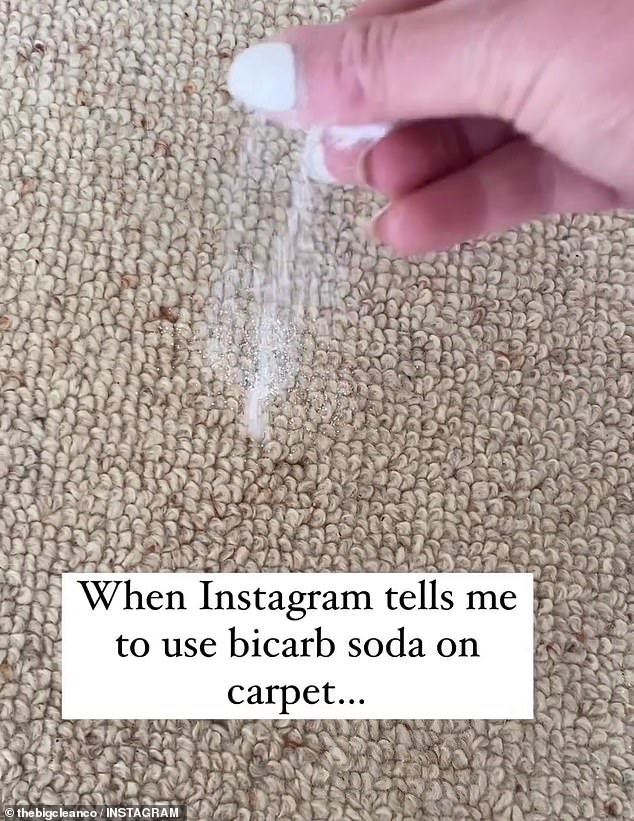 Firstly, you shouldn’t use bicarb soda on the carpet to deodorise odours, because the bicarb won’t be vacuumed up and it’ll stay on your carpet (pictured)

The first hack Kacie said she never follows is using bicarb soda on the carpet.

Many people do this to clean and deodorise all kinds of carpet and area rugs.

‘The reason why I don’t do this is because the particles are too small for your vacuum to completely suck up so the particles stay attached to your carpet fibres and backing, attract moisture and end up holding odours,’ Kacie said.

‘And if your carpet is wool? You’ll end up with unexplained browning weeks and months down the track.’

Instead of bicarb soda, you’re far better off using a vinegar spray to get rid of odours.

Combine one cup of distilled white vinegar with one cup of warm water in a spray bottle and give it a good shake.

Spritz the entire carpet and allow it to air dry. The strong vinegar scent will neutralise as the mixture dries. 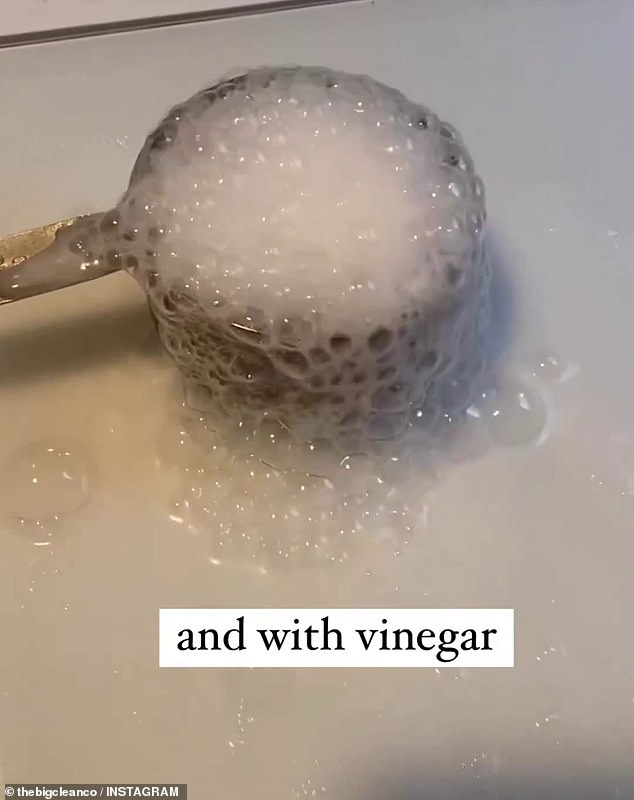 2. Bicarb soda and vinegar to unblock a drain

The second thing Kacie said she avoids like the plague is mixing bicarb soda and vinegar into a solution and using them to unblock a drain.

‘I know people think the reaction pushes out blockages in the drain, but this only works if you’re able to close the drain around each end of the blockage to make it a controlled environment,’ Kacie said.

‘Don’t believe me? Try this experiment in a bowl and see how much bicarb is left behind unless you thoroughly stir the mixture.’

Kacie accompanied her post with a video demonstrating what happens when you mix bicarb soda and vinegar in an un-blocked drain.

‘Now you can see why your clog might end up a heck of a lot worse when you try doing this inside your drain,’ Kacie said. 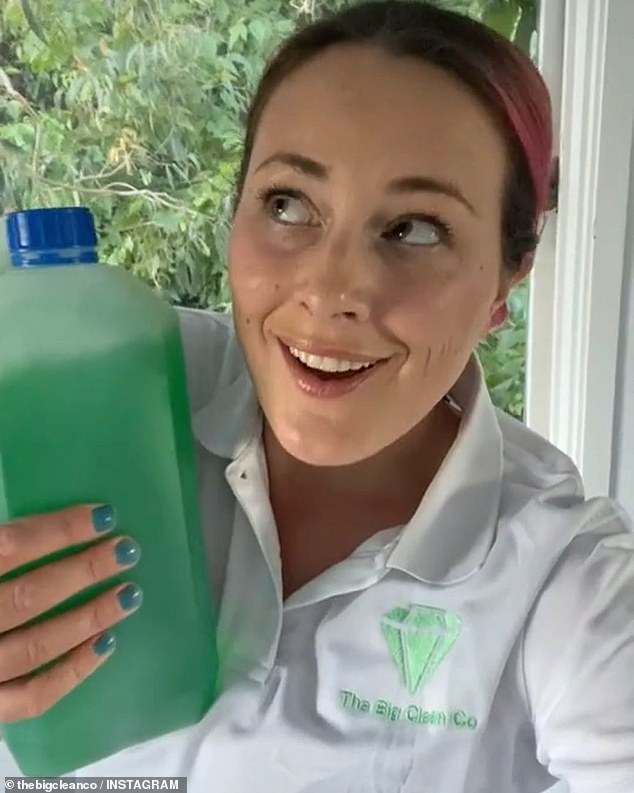 ‘There is no point in mixing bicarb soda and vinegar together as they’re just neutralising each other,’ Kacie (pictured) said

3. Bicarb soda and vinegar as a spray cleaner

Finally, while many people mix bicarb soda and vinegar together to make a spray that lifts stains and cuts through grease, Kacie said there is absolutely no point in doing this.

‘There is no point in mixing bicarb soda and vinegar together as they’re just neutralising each other,’ she said.

If you want to create a stain remover spray for your clothes or mattress, you’re far better off mixing together some three per cent hydrogen peroxide with a ‘squeeze of dish soap’ in a spray bottle.

Then, spray the solution onto the area and then add bicarb soda, leave it on for 15 minutes and vacuum it off.