Jimmy Barnes has been forced to cancel multiple Aussie shows in 2023 to undergo urgent surgery.

In a press release, Barnes﻿’ representatives revealed that the Working Class Man singer requires back and hip surgery, and will have to step back from the stage for several months.

“I’ve been jumping off PA’s [public address systems] and stomping around stages for nearly 50 years, but it’s finally caught up with me”, Barnes explained to fans in a video announcement.

Watch the video above.﻿

“As everybody knows, it’s against my religion to cancel shows, or to put them off, but the doctors told me I need an operation as soon as possible and it’s going to really limit my movement for the next few months.

“As much as it kills me, I have to get this fixed so I can jump around onstage for the next 50 years. I’ll see you when I come back.”

The Aussie rocker was set to perform multiple shows in 2023, including at the Canberra Summernats 35 car festival, Stranded in the Whitsundays, Bluesfest and Coffs Harbour, Sandstone Point, Hobart, Wollongong, Torquay and Rochford Wines.

So far Barnes’ Summernats 35 performance, Hobart performance and Bluesfest performance have been cancelled. The only show that will proceed is Barnes’ gig at Valo Adelaide 500 on Saturday, December 3.

The announcement has been received with much concern from fans, friends and family, with Barnes’ son and Today Extra presenter David Campbell sharing a message to his father under the Instagram post.﻿

“I am so glad you are prioritising your health. You will be bloody unstoppable after the op!!! Love you,” Campbell wrote.

Barnes has been in fairly good health over the years, but in 2007 underwent open heart surgery to replace a faulty aortic valve that he’d had since birth.

The rocker is married to wife Jane Barnes; the pair met while Jane was at university in Canberra and married in 1981.﻿ Read all about the pair’s love story here.

Barnes’ representatives were contacted by 9Honey Celebrity but declined to comment.﻿ 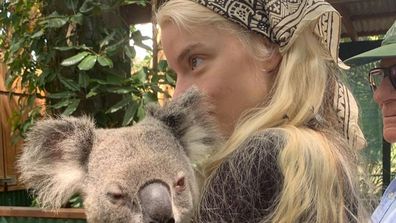