Condominiums are popping up all over Toronto, including places that would have seemed like a hard sell just a decade earlier.

The stretch of Dundas Street east of Jarvis Street has emerged with new developments since the mid-2010s, and the wave of change continues to push east with the latest new development application for the area aiming to bring a 49-storey condominium tower to a site across the street from the strip club Filmore’s Hotel.

And in a possible but unlikely nod to the strip club to the northeast, the new condominium tower at 239 Dundas Street East from developer Metropia would bring an hourglass-shaped figure to the neighborhood with its designs from Turner Fleischer Architects. 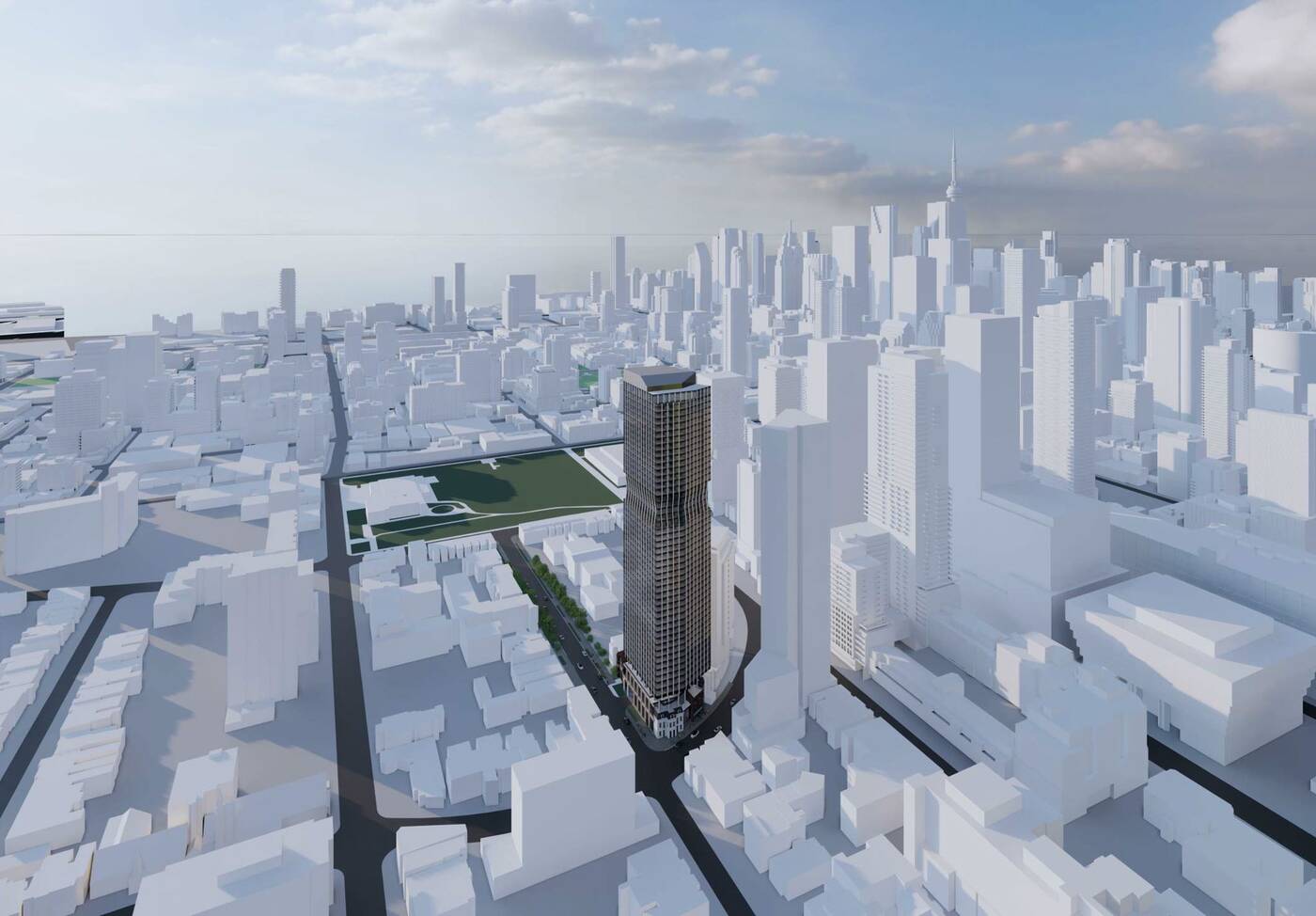 The redevelopment will affect properties ranging from 239 to 255 Dundas East, including a Papa John’s pizza location and a handful of rental units.

A two-story base building plans to include the preserved cultural heritage facade at 241 Dundas East, which encircles Pembroke Street, where a residential entrance will be located. This base will also contain 198.4 square feet of new retail space that maintains a retail space along Dunda’s facade. 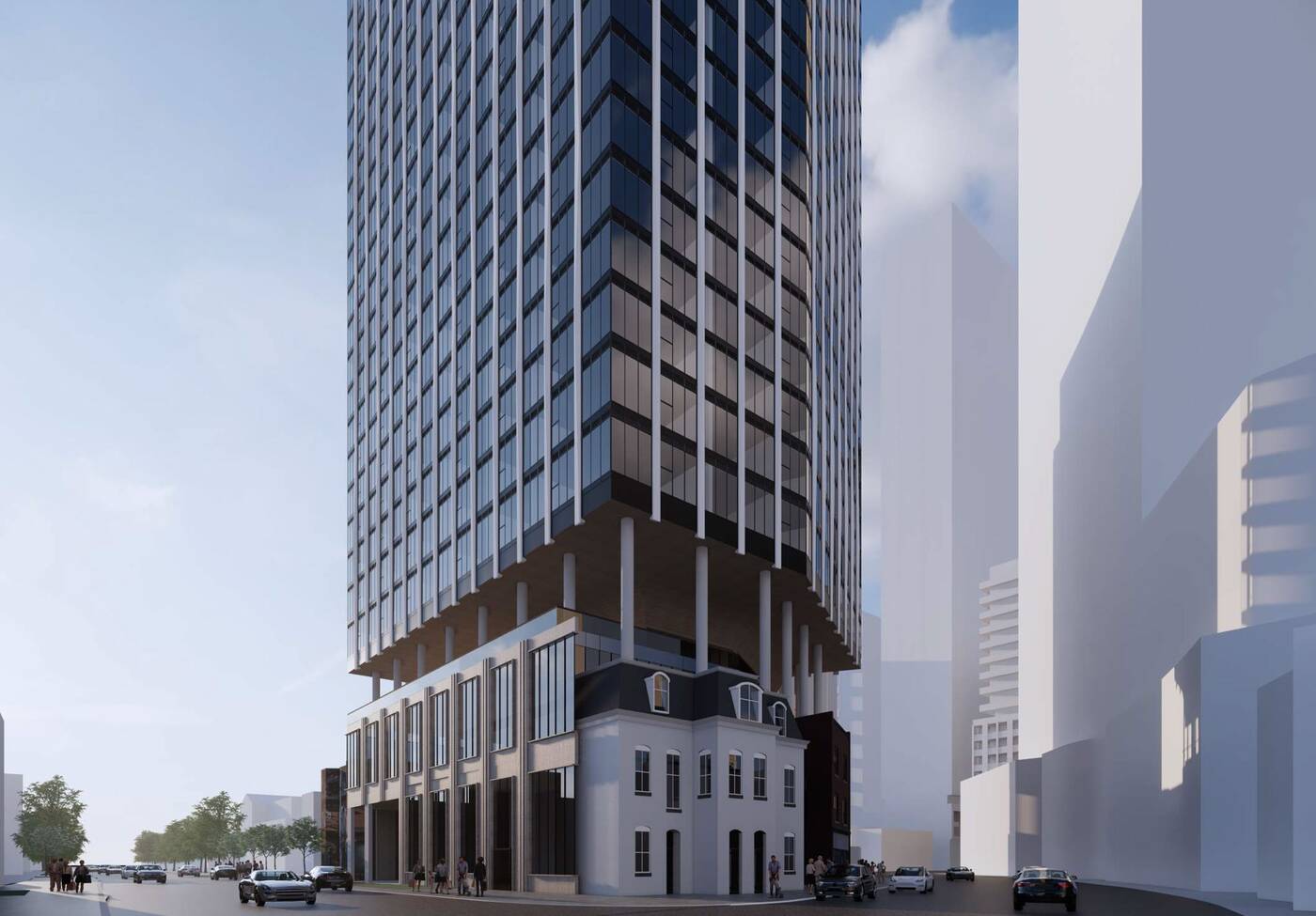 An existing heritage building will be incorporated at the bottom of the new condominium tower.

Above, the tower would rise to a height of just over 245 meters with a design that differs from the surroundings. Reproductions show a marked center section where the tower floor slab is reduced and the vertical piers lining the tower facades bend inwards to form something of an hourglass shape before returning to the typical floor slab above. 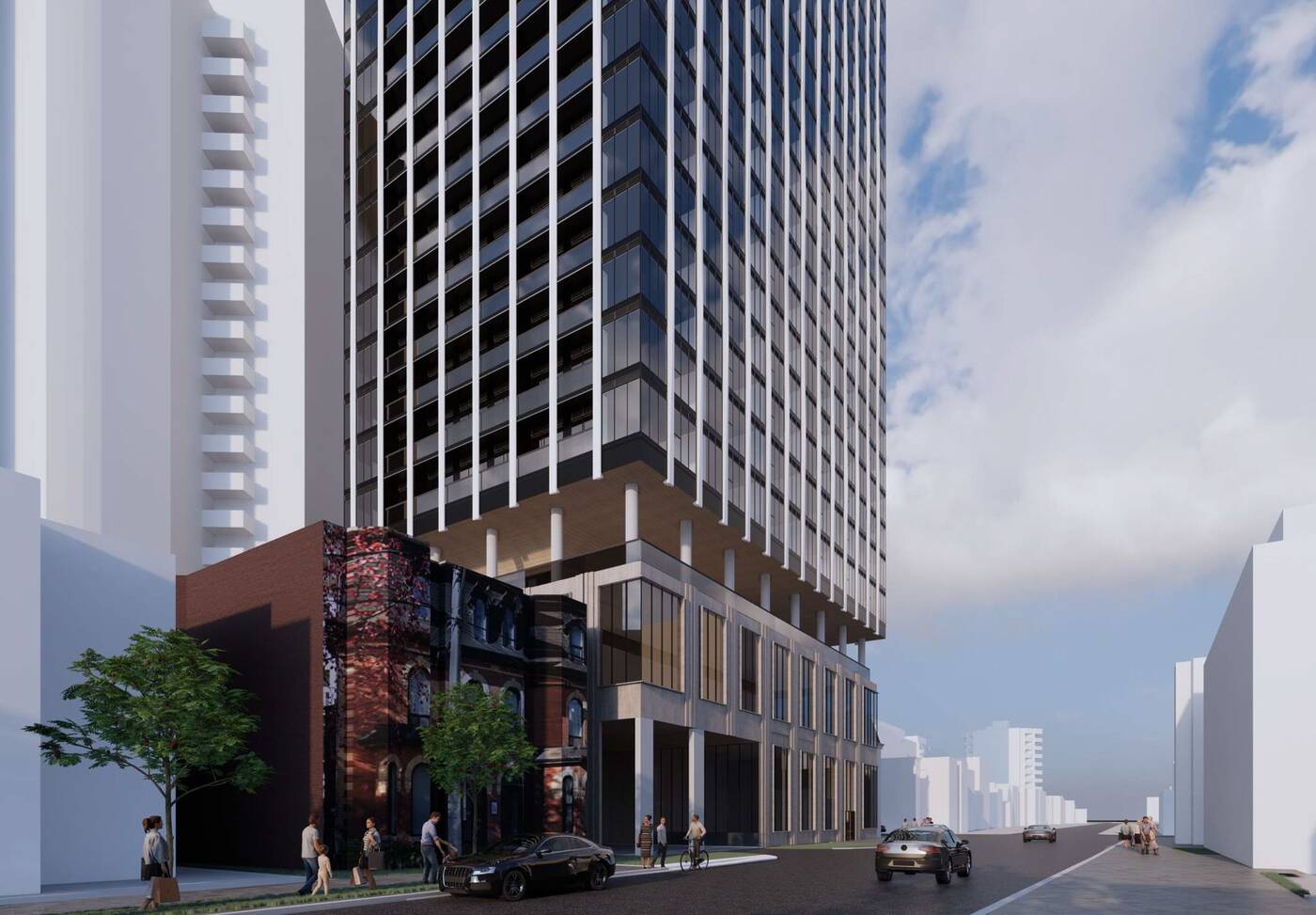 The tower podium is designed to match the height of existing buildings and nearby tower bases.

As a sign of the changing urban requirements for mandatory parking minimums, only six parking spaces are proposed across the entire settlement, with five for visitors and a single shared parking space.

Instead, a large part of the population of the settlement is expected to be dependent on 631 bicycle parking spaces together with seven non-resident bicycle spaces.