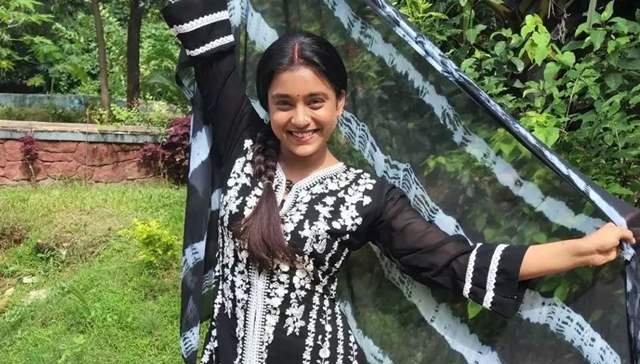 Star Plus show ‘Imlie’ is getting quite interesting with each passing episode. The current track of the show revolves around Cheeni ending up at Rathore mansion and wants to re-unite Aryan and Imlie. Cheeni knows about their past and want them to live a happy life. In the previous episodes, Imlie panicked as Cheeni went missing. She called Aryan and informed him about the same. While Aryan was worried for Cheeni, she came infront of him and told him that she sneeked into his car and came to Delhi with him. Aryan decides to hide Cheeni from everyone in the family.

While the viewers were enjoying the track, reports have it that the show is set to take a generation leap, post which the story would revolve around the next generation. This news has not gone down well with the fans of the show who’re totally in love with Aryan and Imlie’s onscreen chemistry. The fans also adore the camaraderie shared by actors Sumbul Touqeer and Fahmaan Khan. Agitated with the news, the fans also trended #NoSuMaanNoImlie on social media.

I have full faith in the makers of the show. I’m sure they’re up with something interesting.

In a recent media interaction, actress Sumbul Touqeer Khan was asked about the alleged leap in the show and the fans’ reaction on the same, the actress said, “Well, I don’t know much about the leap. I’m only aware of the current track. I know fans are disappointed and frustrated with the reports of leap in the show; I wish I could answer their questions but I don’t want to give any false hopes to the fans. Having said that, I have full faith in the makers of the show. I’m sure they’re up with something interesting”.

Have a look at Sumbul’s interview below:

What are your views on the leap in ‘Imlie’? Hit the comment section below.