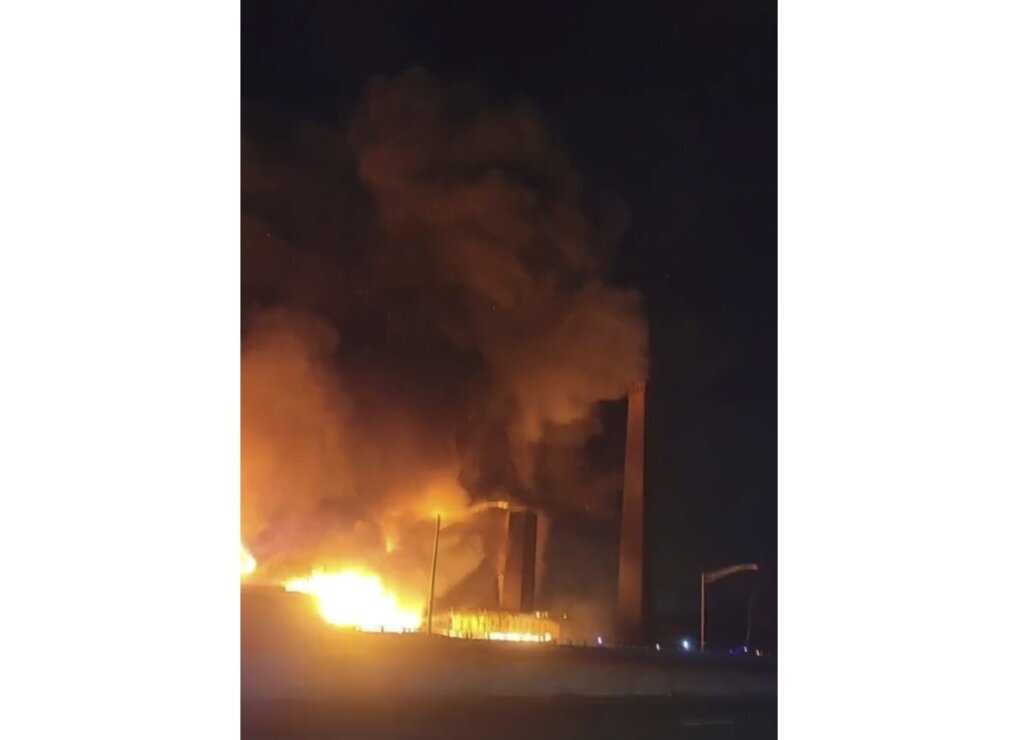 PASSAIC, NJ (AP) — A large chemical fire blazed all night and Saturday morning in northern New Jersey, the smoke was so intense it was detected on weather radar and seen and smelled in neighboring New York City.

The fires at Majestic Industries and Qualco’s chemical plant in Passaic spread to multiple buildings and threatened to collapse, officials said.

Water from fire hoses froze in cold weather, making the area slippery and dangerous for rescuers.

The fire was in buildings containing plastic, pallets and chlorine, officials told NorthJersey.com.

“There have been severe fires, but this is the worst I’ve ever seen,” said Passaic mayor Hector Lora.

Residents near the fire were advised to close their windows, but did not have to evacuate.