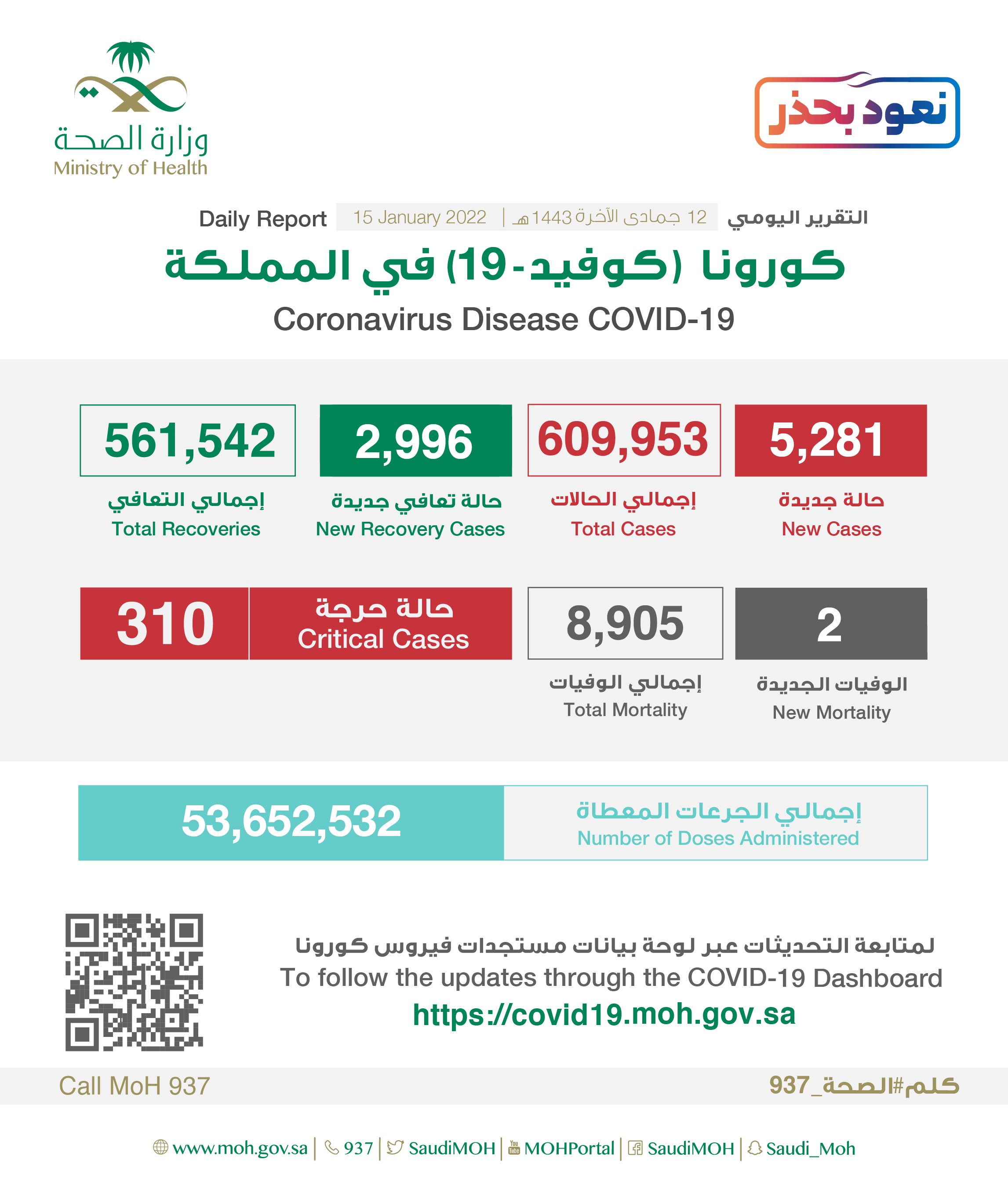 Riyadh, Jan 15 (IANS) At least 5,281 new infections have been reported in Saudi Arabia in the past 24 hours, with two deaths reported, according to new figures released by the Saudi Ministry of Health.

And the Saudi Press Agency (SPA) said 2,996 cases had been cured, while the number of serious cases had reached 310.