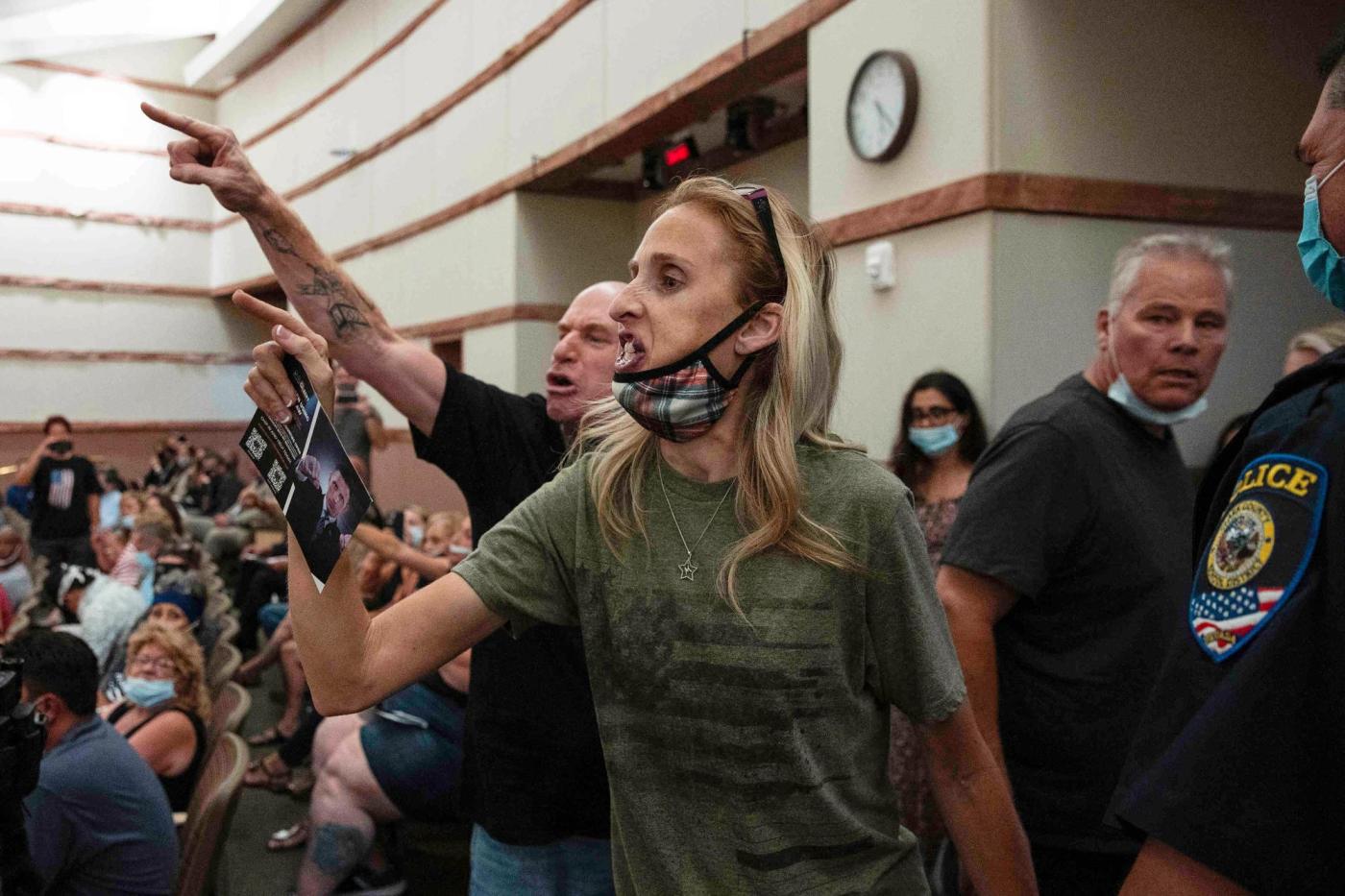 The Minnesota affiliate is breaking away from the National School Boards Association in the wake of a controversial letter asking whether federal law enforcement will help protect school board members from angry voters.

The NSBA’s Sept. 29 letter to President Biden said school board members across the country are “immediately threatened” by community members who objected to race-based curriculum and instruction and mask mandates imposed during the coronavirus pandemic.

“As these acts of malice, violence and threats against public school officials have increased, the classification of these heinous acts could be equivalent to a form of domestic terrorism and hate crimes,” the NSBA president and CEO wrote, while speaking. asked for the FBI. and other federal agencies to investigate and prosecute.

Three weeks later, the association apologized to its members for “some of the language included in the letter” and for not consulting the state-level associations before sending the letter.

Since then, 19 state affiliates — including Minnesota’s — have terminated their membership, according to a letter from MSBA director Kirk Schneidawind to school board presidents and superintendents.

“Prior to the letter to the Biden administration, we had ongoing concerns about the value of NSBA membership,” Schneidawind wrote last week.

He said the MSBA was looking to join a new consortium of state school board associations.

Schneidawind said in an interview Wednesday that the September letter was “a symptom of the problem we had with the overall functioning and value of NSBA to our association.”

He said state associations have been pushing for reforms for about a decade and “have not seen much progress”.

sen. Roger Chamberlain, R-Lino Lakes and six other Republican state lawmakers had urged the MSBA to split with the National Association.

“This shocking and unprecedented federal intervention is aimed entirely at parents and other local school districts with the clear intent to bully and intimidate them into silence,” lawmakers wrote in a Nov. 4 letter to Schneidawind.

Minnesota’s 15-member board to leave the NSBA was unanimous, save for her own abstention, said Michelle Yener, president of the North St. Paul-Maplewood-Oakdale school board.

Yener said the move was quite clearly in response to the September letter and the subsequent backlash, but she acknowledged that other board members have worked more closely with the NSBA and had additional concerns.

“When they put it to the vote for MSBA, they said they didn’t want it to look like we’re doing this because Senator Chamberlain asked us to,” Yener said.

Yener said the NSBA has “held some of the best conferences I’ve been to in my life.”

As for the contents of the September NSBA letter, Yener said she and others on her local school board have been subjected to “very little harassment” from the community, but she knows this has not been the case everywhere.

“I’ve always liked NSBA, and I also find it problematic when people come to school board meetings and threaten school administrators,” she said.

Schneidawind said the MSBA has helped local school boards manage angry voters during the pandemic, but he said the problems the NSBA describes are “not widespread.”