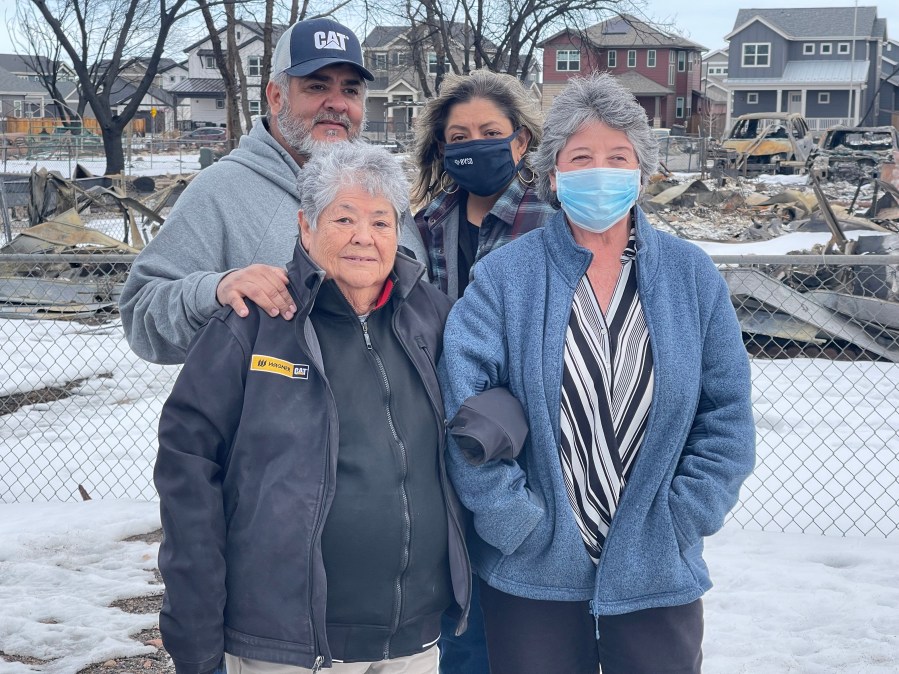 SUPERIOR, Colo. (KDVR) — There were some emotional moments on Wednesday as a family dealt with an unimaginable loss.

The Chavez family lost five houses practically next to each other. The houses burned in the Marshall Fire that was named the most devastating fire in Colorado history based on the number of homes destroyed and the total cost.

Elsie Chavez used to have a house on Second Avenue in Old Town Superior. She has been going through the rubble of where she once was home for over 50 years.

But not only her house was destroyed. Four other houses of her relatives also went up in flames practically next to each other.

“It’s still hard to get here and find this disaster,” Chavez said.

Her son, Teddy, also lost his home. So did her sister, Carmelita. Along with two others in the same block in Superior.

Chavez’s daughter, Loretta, had moved in to care for aging parents.

The house her late father had built was gone in a flash.

For so many members of this family, the pain is deep. Carmelita has moved here to be close to those she loves.

“It’s just all I’ve got. Everything we have. So much has been lost,” said Carmelita Aranda.

And now that so much is gone, this family is extremely grateful and expressed that feeling during a family photo.

“I want to thank the people I don’t know who contacted us by buying us dinners and giving us clothes. Thanks again,” Teddy Chavez said, fighting back tears.

The family is happy together. They tell FOX31 they plan to build on Second Avenue again.

The Chavez family now resides with extended relatives in the area. A GoFundMe established to cover some of their expenses.