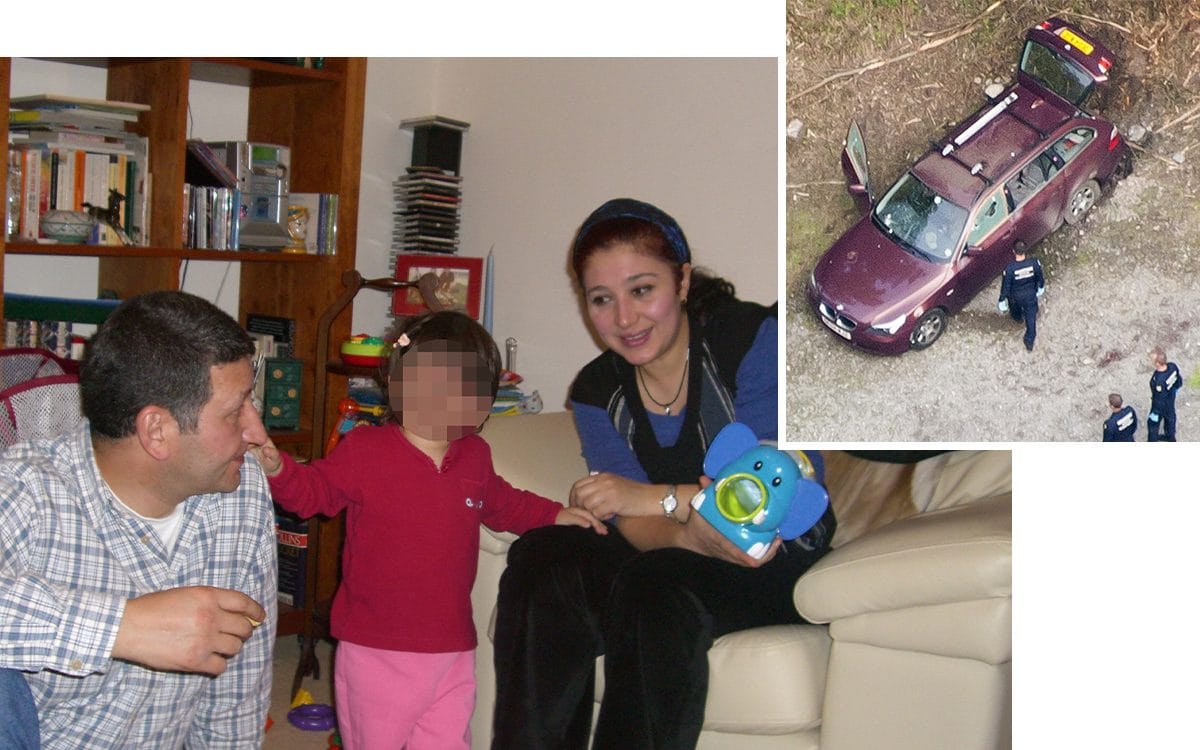 In addition to the motorcyclist, several other people have been detained for questioning, but no one has been charged.

Former local police officer Eric Devouassoux, a trained marksman who collected World War II weapons at his home, was arrested in February 2014 in connection with the murders. He was later acquitted but told French media that the negative exposure had “ruined my life”.

Mr al-Hilli’s brother, Zaid, was also arrested on suspicion of murder in 2013, but was later told he would take no further steps after police discovered there was insufficient evidence to charge him with a crime.

Born to middle-class parents in Baghdad before the family moved to Britain in 1971, the brothers had been close. But they got into an argument over the family home they inherited from their mother, who died in 2003. Mr al-Hilli had even recently changed the locks.

On Wednesday, Zaid-al-Hilli, 62, said he hoped the arrest would finally bring justice, but added that his hopes had been dashed in the past.

He also condemned the French authorities for “wasting time and resources” by previously treating him as a suspect.

Al-Hilli said he still believed cyclist Sylvain Mollier was the main target in the murders and that his brother Said, sister-in-law Ikbal and her mother Suhaila al-Allaf were caught in the crossfire.

He told The Telegraph: “I hope it will pay off, but I’m very skeptical. We’ve been here before when there was an arrest. We set our hopes and then everything is shattered, so we wait and see.”

Speaking from his home in Bournemouth, Mr al-Hilli added: “I think it (the murders) all have to do with Sylvain Mollier. I don’t think it’s just something that happened, but they tried us here to blame, which is all very hypothetical and pie in the air.

“She [the French authorities] wasted everyone’s time and many resources were wasted.”

The 62-year-old said he learned of the arrest through his French lawyer on Wednesday morning and knew nothing more than what had been reported since.

“I have no further information from what I hear on TV or the news,” he said.

Flummoxed researchers have considered numerous possible reasons for the attacks, but none of them stuck.

For example, the two brothers were involved in a bitter inheritance dispute over properties in the UK and Iraq that their father had left behind when he died in 2011. At one point, it was alleged that the father had financial ties to the late dictator Saddam Hussein.

Saad al-Hilli’s career as an engineer at an international British company specializing in satellites could be a motive for the murders.

Detectives have also considered the theory that Mr. Mollier, who worked in the nuclear industry, was the primary target. He had recently left his wife for an heiress with whom he had just had a baby. His personal life could also have been a motive.

However, he had no access to secrets and his wife had not become rich at the time.

Police also considered, but dropped the idea that convicted murderer Nordahl Lelandais was involved in the deaths.

They don’t rule out that this was a random attack by a lone wolf.

The stunned researchers agree on one thing: This was the work of a professional, given the precision of the two-shot executions.