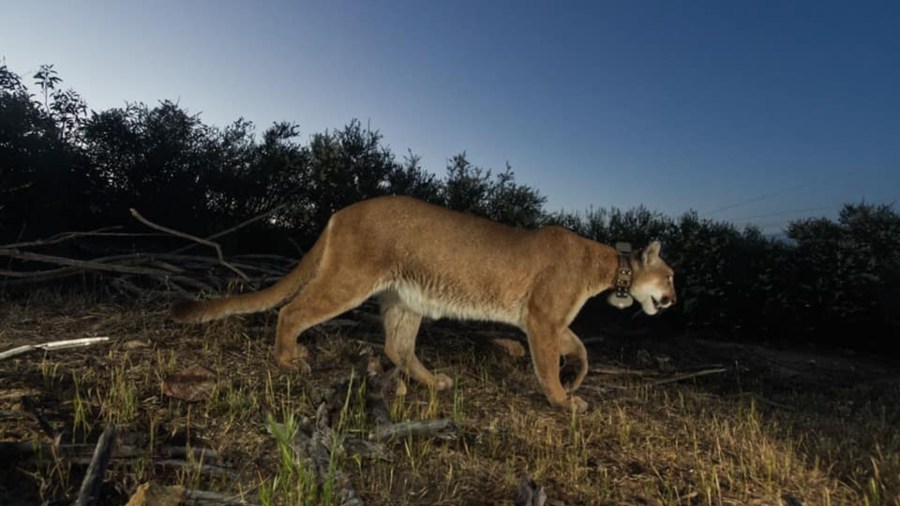 The first reproductive signs of inbreeding have been found in mountain lions tracked in the Santa Monica and Santa Ana mountains, scientists say, a discovery that seriously threatens the future survival of both populations.

Some of the big cats were recently found to have an average of 93% abnormal sperm — the first evidence that inbreeding has an effect on the reproductive system, according to a UCLA-led study. That could ultimately make it more difficult for the cougars to reproduce, as the local population suffers from a lack of genetic diversity, posing a potential threat to extinction.

“This is a serious problem for an animal that is already locally threatened,” said Audra Huffmeyer, a UCLA postdoctoral researcher and the lead author of the study. News release from the National Park Service. “It’s pretty serious.”

Huffmeyer studies fertility in big cat species and is a National Geographic Explorer.

Inbreeding is known to be a problem for mountain lion populations in the Santa Monica and Santa Ana mountains, with some big cats already showing signs such as tail deformities and testicular defects, according to previous research.

The misshapen sperm is the latest finding revealing the magnitude of the problems each group faces.

Both populations are enclosed in their respective mountain ranges by busy highways in the greater Los Angeles area and Orange and Riverside counties, making it difficult for them to mate with cougars outside their native territory.

The National Park Service has been studying residents in the Santa Monica Mountains for about two decades, and has tagged and tracked more than 100 big cats to date.

The newest kittens included in the study were a nest of four captured in late November, according to Park Service officials. They were apparently abandoned by their mother, who was not one of the cougars being tracked.

Currently, more than a dozen mountain lions are being tracked with GPS collars in the Santa Monica Mountains National Recreation Area.

In the past year, researchers found nine adult males in both the Santa Monica and Santa Ana ranges who showed symptoms of inbreeding.

Sperm samples were also taken from five of the cougars after they died (from causes ranging from rat poison to being hit by a vehicle). Through the samples, the team found that all five had high abnormal sperm counts.

This first evidence of reduced infertility shows the need for things like wildlife crossing local highways so that these animals can roam further into the urban sprawl and expand their pool of potential mates, the release said.

“If we don’t do something to introduce more genetic diversity into the Southern California mountain lions, we’ll have more males with reproductive problems, fewer kittens, and a lower survival rate of kittens,” Huffmeyer said in the release.

“If we don’t do anything to add genetic diversity, the end is near,” she added. “That sounds dramatic, but that’s what we saw.”

A major problem is that few mountain lions have successfully crossed the busy highways like the 101 and 405, as well as other local roads. Car accidents are one of the main causes of death to the puma population in the Santa Monica Mountains.

There is good news for the species: Caltrans is expected to break ground on a wildlife bridge this month above the 101 Freeway in the Agoura Hills area. And a possible crossing of the 15 Freeway in Riverside County is also in the early planning stages, NPS officials said.

But with no sustained action, scientists predict that the big cats may face extinction this century in both Southern California mountain ranges.

“While they haven’t seen any evidence yet, once scientists start to find significant inbreeding depression — meaning reduced fertility and reduced kitten survival — extinction is predicted to occur within 50 years, with a median extinction time of 12 to 15 years,” he said. the release. , citing research papers from 2016 and 2019.

The study is scheduled for publication this month in the journal Theriogenology, but is currently available online here.