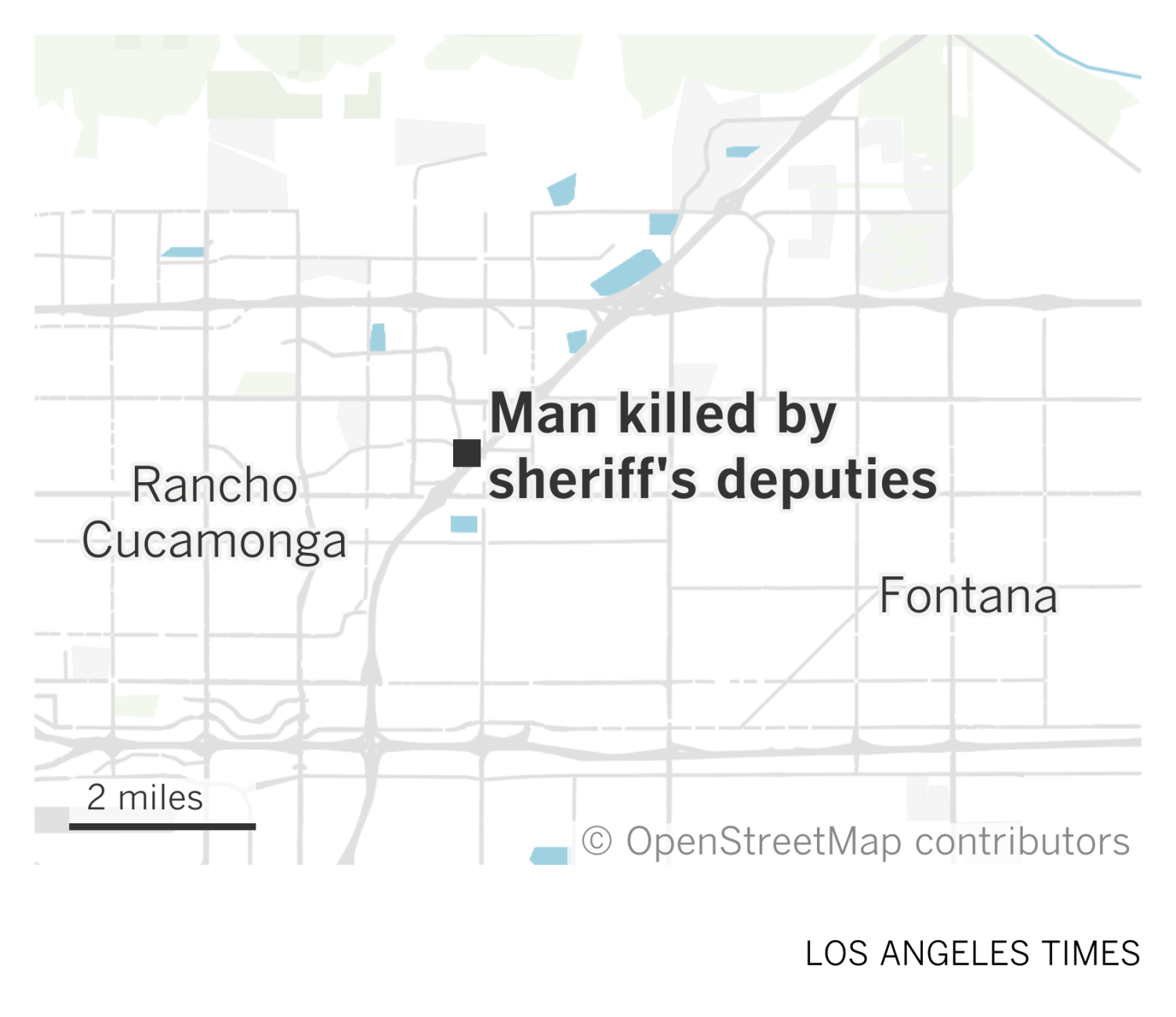 A man was shot and killed Monday by deputies of the San Bernardino County Sheriff, who were working with a team of federal marshals in Rancho Cucamonga, authorities confirmed.

The officers were assisting a U.S. Marshals Service task force operation about 2 p.m. when they made contact with the suspect in a Bass Pro Shops parking lot near Victoria Gardens Lane and Church Street, according to the San Sheriff’s Department. Bernardino County.

“The suspect initially refused to leave the vehicle,” said Mara Rodriguez, a spokeswoman for the Sheriff’s Department. “When he did, he was armed with a knife and advanced toward the deputies.”

Deputies opened fire and hit the suspect, Rodriguez said. He was pronounced dead on the spot.

No one else was injured in the shooting, she said. An investigation is underway.

Further information about the shooting and the suspect was not available Monday night.