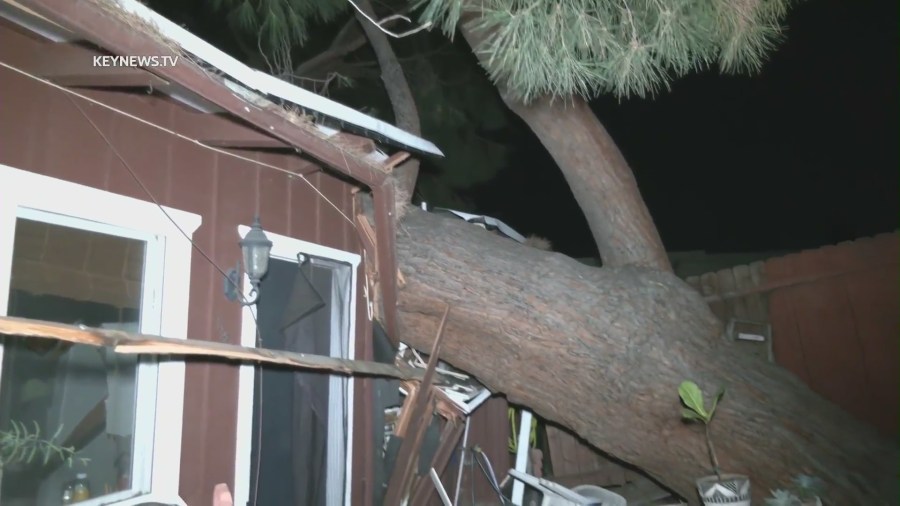 The strongest winds were expected during Thanksgiving morning.

Half an hour earlier, also in North Hollywood, a fallen tree crushed a white pickup and sedan near Haynes Street and Irvine Avenue. No injuries were reported in either incident.

A high winds warning was in effect due to damaging winds in the San Fernando Valley and the Los Angeles County coast — primarily over the Malibu corridor.

Strong wind gusts in excess of 70 mph swept through some mountain and valley areas in LA and Ventura counties overnight and early morning, according to the weather service.

The wind is strong enough to knock down power lines that could fall and fan fire, that’s why Edison started turning off the power for tens of thousands of customers in Southern California.

A red flag warning was also in effect for most counties of Los Angeles and Ventura from Wednesday through Friday night, according to the National Weather Service.

Drivers were warned to prepare for fallen trees and power lines in the roadway.