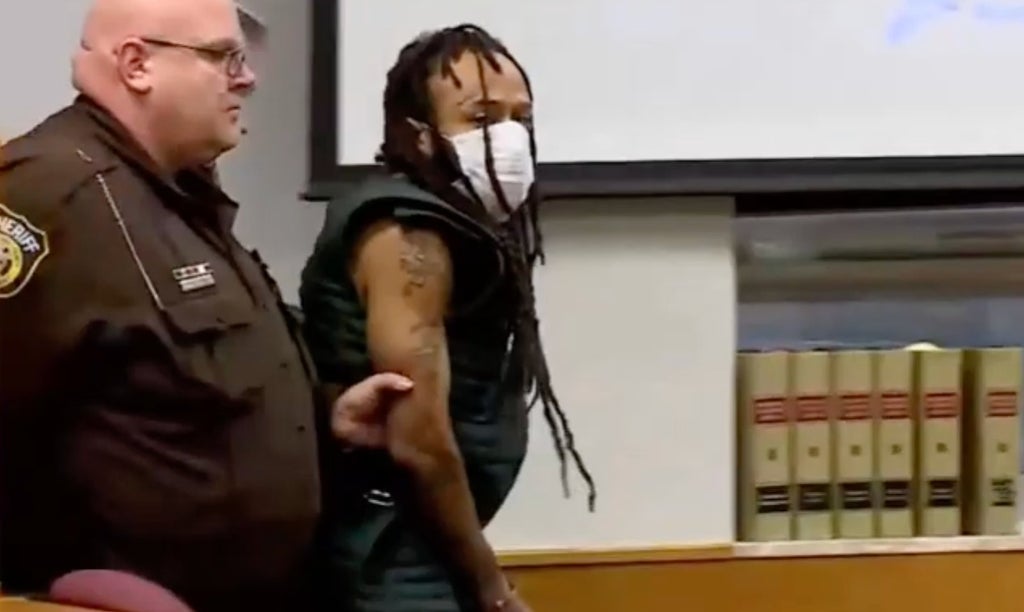 The ex-girlfriend of the man accused of driving his car into a Christmas parade near waukesha, Wisconsin, said she was ashamed to be the mother of his children.

Darrell Brooks, 38, was charged Tuesday on five counts of willful murder after allegedly driving his car into a crowd watching a Christmas parade on Sunday. Six people were killed and more than 50 others were injured.

An ex-girlfriend spoke to The New York Post, told the outlet she was “mortified” by the violent event and unable to sleep.

The woman, who was not named by the paper, said she and her son have had very little contact with Mr Brooks over the past 20 years. She claims he ran away from them when her child was three months old.

“He disappeared when my son was almost three months old,” she said. “I did all this alone, raising my child alone.”

She told the paper that when she saw his photo online, she thought, “What the f***?”

“I was embarrassed enough to have him as the father of my child beforehand because he wasn’t taking care of him,” she said. ‘What do you think I am now? offended.”

She said she was “sick” by his actions and wished she could replace him as the father of her child. She said she was made sleepy by the incident and has donated and prayed for the victims.

The ex also revealed that Mr Brooks’ mother, Dawn Woods, felt guilty about paying the $1,000 bail that allowed her son to leave custody days before he allegedly drove into the mob.

“She is devastated that people have died as a result and she says, ‘I blame myself because if I hadn’t released him, this wouldn’t have happened,'” the ex said.

Mr Brooks was initially arrested after being charged with beating his child’s mother and intentionally hitting his car on Nov. 2. Milwaukee prosecutors called the bond “inappropriately low” given his actions.

His ex said his mother always tried to push him to become a better man, never condoning his alleged violent and illegal acts.