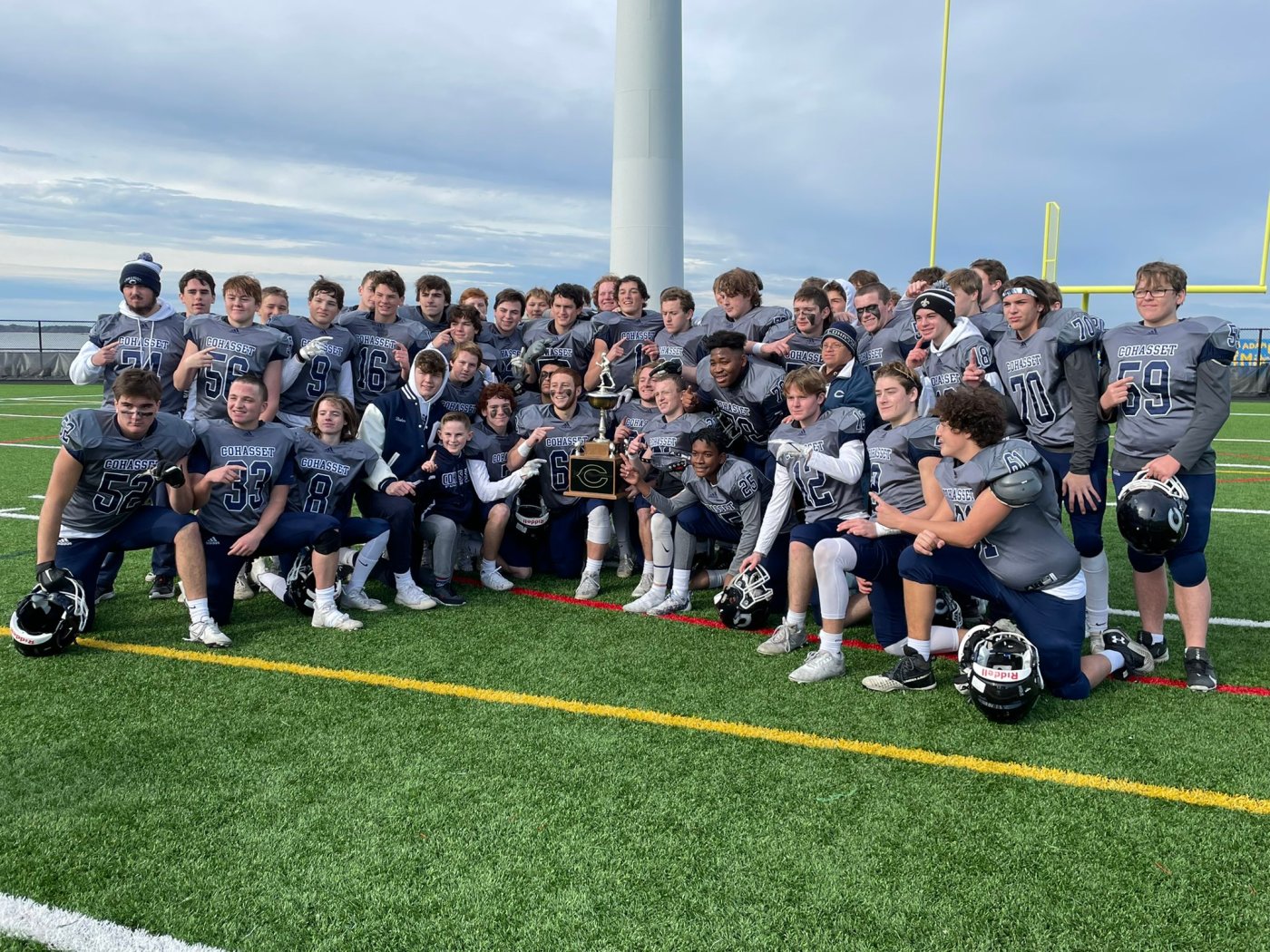 HULL – With Super Bowl appearances on the horizon for both squads, Cohasset and Hull took to the field yesterday at The Gut at Hull High School for their 34th annual Thanksgiving Day game.

It was Cohasset (9-2) who walked away and bombed Hull (9-3) with a 35-point first half en route to a 42-0 victory, to win their 11th consecutive Turkey Bowl and a South Shore League Tobin Division -title.

“Part of the talk all week has been about the seniors and how nothing is ever guaranteed,” said Skippers head coach Peter Afanasiw. “We had a chance to win the league outright and the seniors had no interest in sharing it. They were all unequivocally on board about wanting the South Shore League title.”

Cohasset scored early and often, starting with a four-yard touchdown rush by senior Henry Dionisio (six rushes, 46 yards) 3:42 into the game to make it 7-0.

After a turnover on downs, Liam Appleton (3/5, 37 pass yards) found his brother James Appleton in the endzone for an eight-yard TD pass with 3:39 left in the first to make it 14-0.

The Skippers would score again before the end of the frame on another turnover on downs, as Liam Appleton threw a touchdown strike to Josh Burke to make it 21-0.

Just 4:13 into the second quarter, Dionisio would add his second on an eight-yard rush to make it 28-0, before thundering into the end zone for his third on a six-yard try with no time left on the clock, making it 35-0 at halftime.

Freshman QB Jack Cullinen would tackle a four-foot TD rush for the Skippers with 6:30 left in the game to complete the score.

Cohasset is now 21-12-1 all-time in the Thanksgiving Day rivalry.

“Especially for the seniors, you don’t want regrets,” Afanasiw said. “It means a lot to these players. This is what you look forward to, playing on Thanksgiving.”