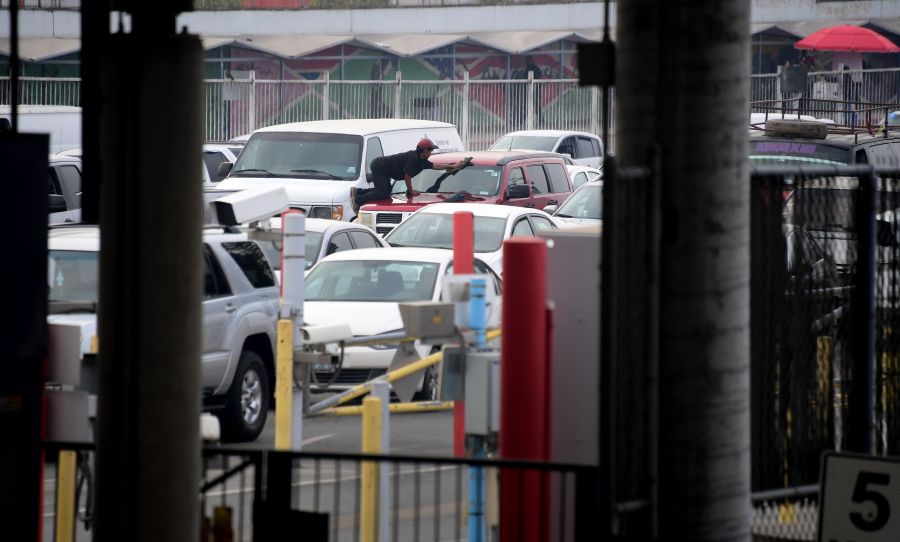 SAN DIEGO — A Mexican truck driver was arrested last week after trying to smuggle record-breaking amounts of methamphetamine and fentanyl into the US, according to federal prosecutors.

The raid took place last Thursday at the Otay Mesa Port of Entry in San Diego, when border officials found more than 17,500 pounds of meth and 389 pounds of fentanyl in a tractor trailer.

An X-ray machine detected anomalies in the trailer and a drug-detecting dog alerted the back door, according to a press release from the U.S. Attorney’s Office. Closer inspection revealed some car body parts among 6,266 packages of drugs.

Police: Driver fatally hit after he got out of truck while it was reversing

“This is a staggering attack that demonstrates the magnitude of our current fight against mass production of methamphetamine and fentanyl. But to the vigilance of our law enforcement partners, this record-breaking deluge of drugs would have wreaked unbelievable damage in our communities,” Acting US Attorney Randy Grossman said. “We commend our partner agencies for their tireless work and dedication to preventing these dangerous and deadly drugs from entering our country.”

Quintana-Arias was arrested on suspicion of importing a controlled substance, carrying a maximum sentence of life and a mandatory minimum of 10 years, along with a $10 million fine.

The Associated Press contributed to this story.