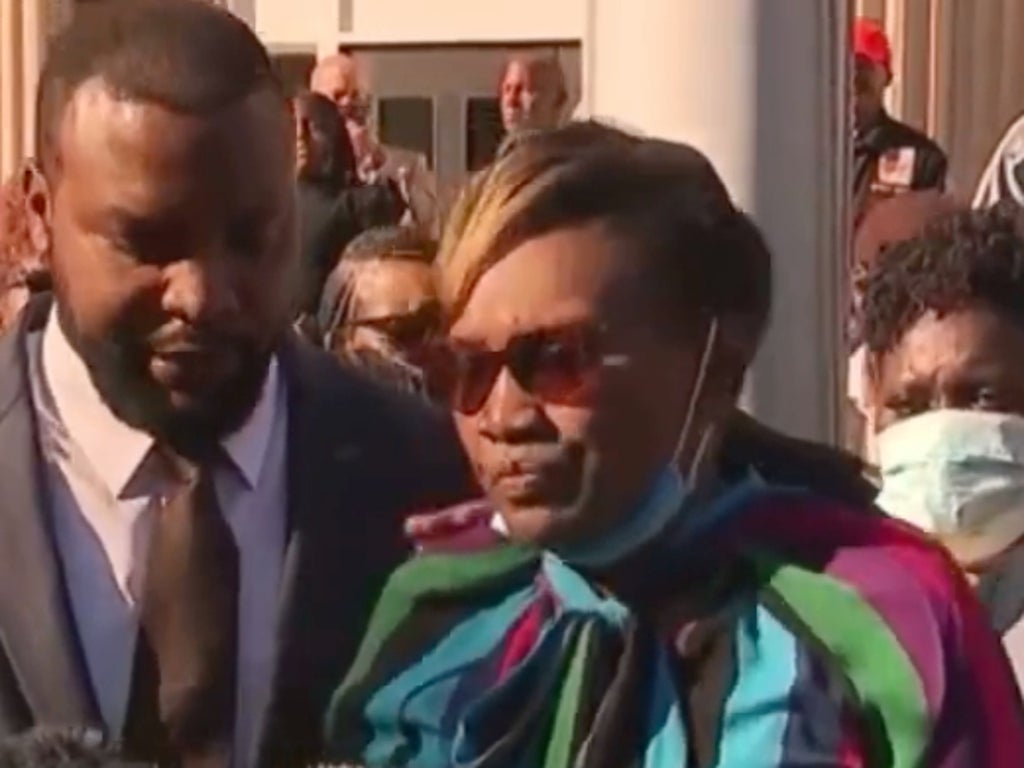 Wanda Cooper-Jones, mother of Ahmaud Arbery, spoke in Brunswick, Georgia shortly after the three white men who pursued and murdered her son were found guilty of murder.

“I never thought this day would come, but God is good,” she told a crowd of supporters and press.

Murder with intent carries a life sentence without parole or the death penalty by lethal injection.

Prosecutors are demanding life imprisonment without parole for all three men.

“It’s been a long battle, it’s been a hard fight, but God is good,” she said.

Mr Arbery’s mother said in 2020 she thought she would never see a day when the men were held responsible for her son’s murder.

Mr Arbery was shot while jogging on February 23, 2020. The McMichaels and Bryan saw him running and started chasing him in their pickup trucks. They claimed they believed he was responsible for a recent spate of break-ins, an allegation that was never substantiated by evidence.

Arbery’s murder was considered racial by many as he is black and the men who hunted him were all white. While the possible racial component of the case was not determined in the state’s trial, a federal hate crime trial is set to hear the matter next year.

When the men were found guilty of murder, cheers erupted from Arbery’s family and supporters in the courtroom. Outside the courthouse, supporters held placards that read ‘justice for Ahmaud’ and chanted ‘no justice, no peace’.

Ms. Cooper-Jones thanked Mr. Arbery’s supporters for marching in his name and praying for justice in his cause.

She said her son “will now rest in peace”.