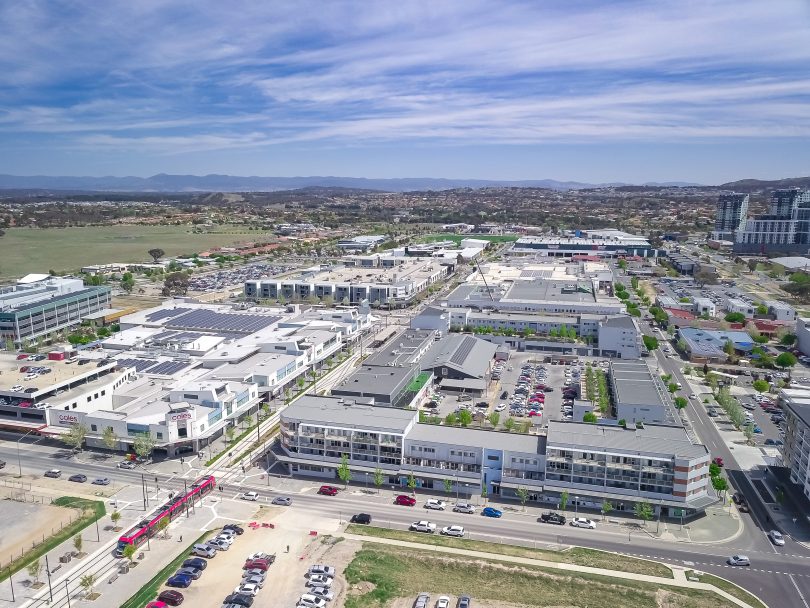 The booming Gungahlin district had the lowest crime rate during the recent lockdown. Photo: file.

The north of Canberra is arguably the safest place in the city, according to the latest crime data from ACT Policing.

Between the beginning of July and the end of September, 7,351 violations were reported across Canberra, significantly less than the 10,074 in the previous quarter.

In Gungahlin, 961 violations were reported in the last quarter, a decrease from 1,406.

Reports of assault and property damage declined the most, although reports of burglaries remained largely unchanged.

An ACT Policing spokesperson said a reduction in attacks and property damage could be due to the lockdown. Fewer violent assaults on alcohol were recorded as licensed premises were closed and more people were locked up.

“It is important to note that there are cycles for many types of crime. Factors that can increase these cycles include recidivism, release from prison, and drug addiction. Often those in the grip of drug addiction will do anything to get money to fuel their addiction,” the spokesperson noted.

“Criminals will often look for ways to get money quickly, such as robberies and burglaries. Unfortunately, businesses are often targeted because the violators believe there will be cash or valuables on the premises.

“Importantly – the overall crime rate in the ACT is low,” the spokesperson said.

Given the impact of the lockdown, the number of traffic violations issued also fell significantly – by more than 50 percent.

In the last quarter, the police issued 851 traffic violations, compared to 2033 in the previous one.

The number of traffic accidents resulting in injury and death has also decreased.

The ACT Policing spokesperson said Road Policing violations had decreased as traffic volumes were reduced and officers were diverted to border surveillance activities.

At the height of the lockdown, 110 police officers were diverted to COVID-19 compliance teams.

During the more than two-month shutdown, ACT Policing received approximately 2,500 calls about suspected public health violations, although only six arrests were made.

During the lockdown, about 50,000 traffic stops were made and more than 600 directions to leave the ACT were issued.

However, the picture surrounding domestic violence is less clear.

Although the number of reported incidents appears to have decreased, there is some evidence that there has been a spike in demand for domestic violence services.

It is believed that the difficulty of escaping from a dangerous place to a safe place during the lockdown is believed to have increased.

Health authorities and senior ministers have repeatedly reminded the community that: lockdown did not apply to anyone whose safety was endangered by staying at home.

The ACT Policing spokesperson noted that they had heard anecdotal reports from aid agencies receiving increasing reports of domestic or family violence-related incidents.

“We continue to encourage anyone experiencing family violence to contact the police,” they said.