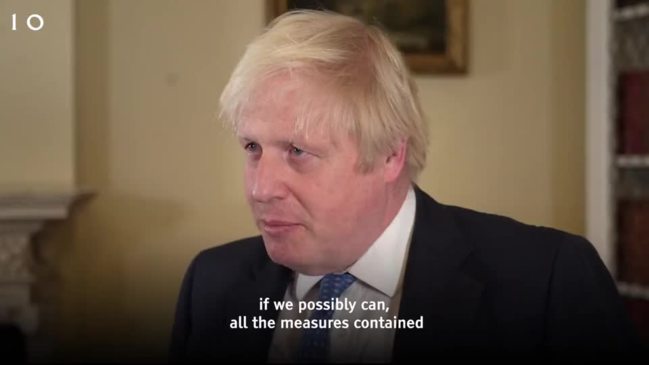 British Prime Minister Boris Johnson said he was “shocked” after dozens of migrants died in the English Channel on Wednesday, November 24, while trying to cross from France. French Interior Minister Gerald Darmanin estimated the death toll at 31 and told reporters he expressed his condolences to the victims. The International Organization for Migration (IOM) said this is arguably the deadliest incident to have occurred in the channel since it began a tracking program in 2014. “I am shocked, appalled and deeply saddened by the loss of life at sea in the canal,” Johnson said in a video released Wednesday night. “This disaster underlines how dangerous it is to cross the canal in this way.” Credit: @10DowningStreet via Storyful