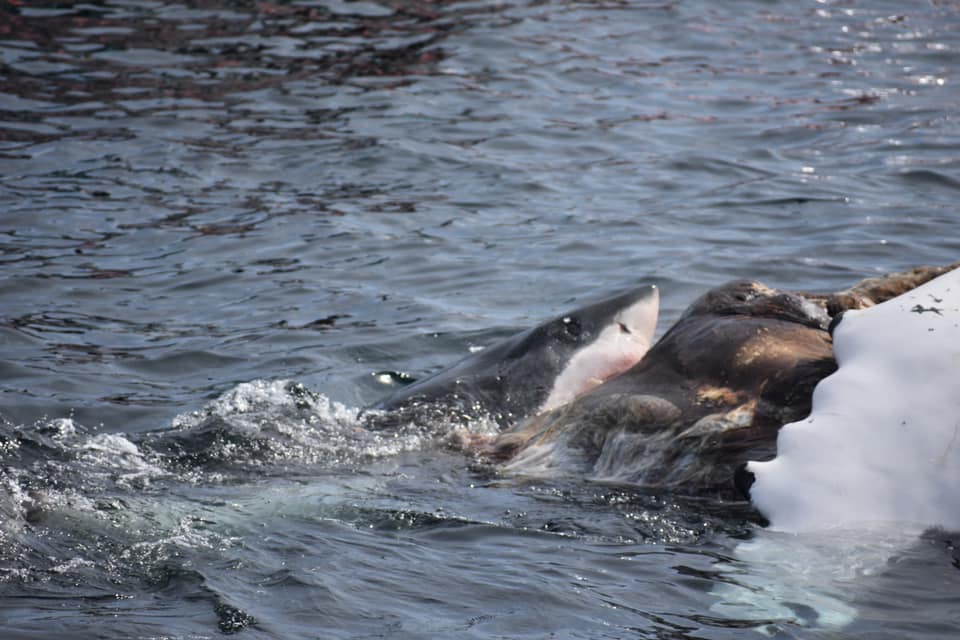 Most of the great white sharks that hang out around Cape Cod have moved south to warmer waters after another “very productive” survey season.

During fieldwork this shark season, researchers at the Atlantic White Shark Conservancy of the Division of Marine Fisheries placed 39 acoustic tags and 10 special CAT tags that give scientists a shark’s eye through video feeds.

“We’ve accomplished a lot, a lot of tags have come out,” said Megan Winton, a research scientist at the Atlantic White Shark Conservancy.

“It’s been a great, very productive season and these research trips are part of the big, long-term research projects we have,” Winton added.

Fieldwork in the Cape is now a year over, but data analysis is a year-round project. After finishing the season and getting the equipment back in, the researchers will work on digesting and processing the tagging data.

The tags help the researchers better track the great white sharks and give them a better idea of ​​their predatory behavior. The huge seal population has drawn all these sharks to the Cape.

“This research is part of our long-term monitoring and for us to better understand the predatory behavior of this species near the coast,” Winton said.

“We’re using the tagging data to get an idea of ​​what the population as a whole is doing,” she added. “You can identify trends and behavioral patterns and scale up to the wider population.”

The data the scientists get from the CAT tags is “really incredible,” Winton said. The special tag records video of what the shark sees and does.

These tags stay on a shark for 24 to 48 hours before detaching and send a satellite signal to the researchers to retrieve it from the water.

“It’s like riding on the shark’s back,” Winton said. “The tag archives shark depth and water temperature data 20 times per second. It really is a transformative technology.”

Meanwhile, the Atlantic White Shark Conservancy was having a “really great summer” and expanding its community education and outreach efforts, said director of education Marianne Long.

They were able to ramp up programming and provide more educational opportunities after a bad 2020 at the start of the coronavirus pandemic. The white shark expeditions have started this year. During those trips, people can “observe great white sharks in their natural habitat,” Long said.

“It was really great to provide those learning experiences for families,” she added.

The most frequently asked question from beachgoers is: “Have sharks been spotted on this beach today?”

“We tell them they can’t always see the sharks and there may not be a sighting notification on the app,” Long said. “So we tell them to proceed with caution no matter what.”

Next year, the Atlantic White Shark Conservancy will open a new Shark Center in Provincetown, adjacent to the Chatham Center. The center of Provincetown will have different exhibits than Chatham, but it will all be directly related to their research efforts.

“How we tell the story will be done differently,” Long said, adding, “It’s great to be a part of the Provincetown community and the whole new network of people to educate and cooperate.”

They want to open downtown Provincetown for Memorial Day.