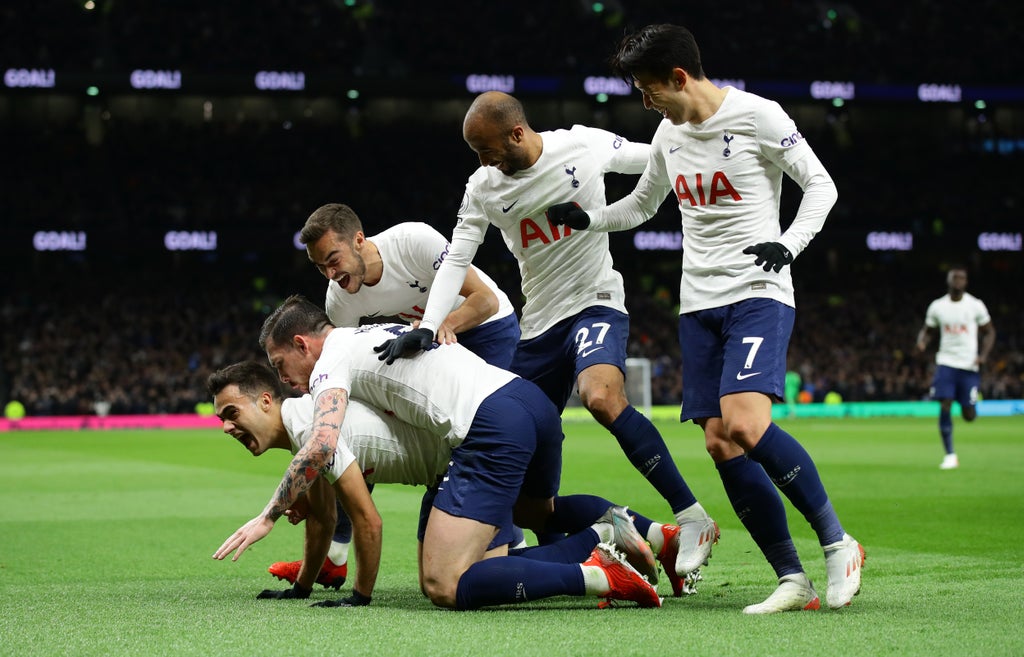 The Spurs were booed at halftime as they chased after Dan James’ attack from close range, but improved in the second half, with goals from Pierre-Emile Hojbjerg and Sergio Reguilon leaving Conte unbeaten after three games at the helm.

Made a trio of saves early in the second half, including a one-handed stop to refuse James, leaving the Spurs in the game.

Replacing the injured Cristian Romero, Tanganga looked uneasy against Leeds’ well-thought-out attack and was a little clumsy with and without possession.

His passes from the heart of the back three were one of Spurs’ only discernible patterns in the first half and he nearly got a long ball assist for Davies. Well defended.

Had a tough afternoon defensively against the lively James, but left of the back three is definitely his best position. Almost grabbed an unlikely goal but Ilan Meslier got up well.

Skinned by Jack Harrison in front of Leeds goal and failed to make a significant impact in the final third.

Demonstrated a great desire to rebound first and score his first Spurs goal. He will need to add goals to his game if he is as successful as a fullback under Conte, so this was a good start.

Had a tough afternoon against the excellent Kalvin Phillips until he was in the right spot to equalize on the hour.

Will be encouraged to have completed 90 minutes in the League for the first time this season, but offered little creativity alongside Hojbjerg.

He often ran into problems but nevertheless added energy and directness to an often flat Spurs side and was excellent in front of goal, reacting first to a loose ball and selecting Hojbjerg.

Showed flashes of his deadly best and hit the bar with a deflected attempt at the start of the second half.

Will be frustrated not to have scored again especially when he was one on one with Meslier. But looked sharp and there were signs of both his creative prowess and threat in the penalty area.

Used his physicality to subdue Harrison for the last 25 minutes.

A lively and encouraging cameo at fullback in his first Premier League appearance since January 2020.