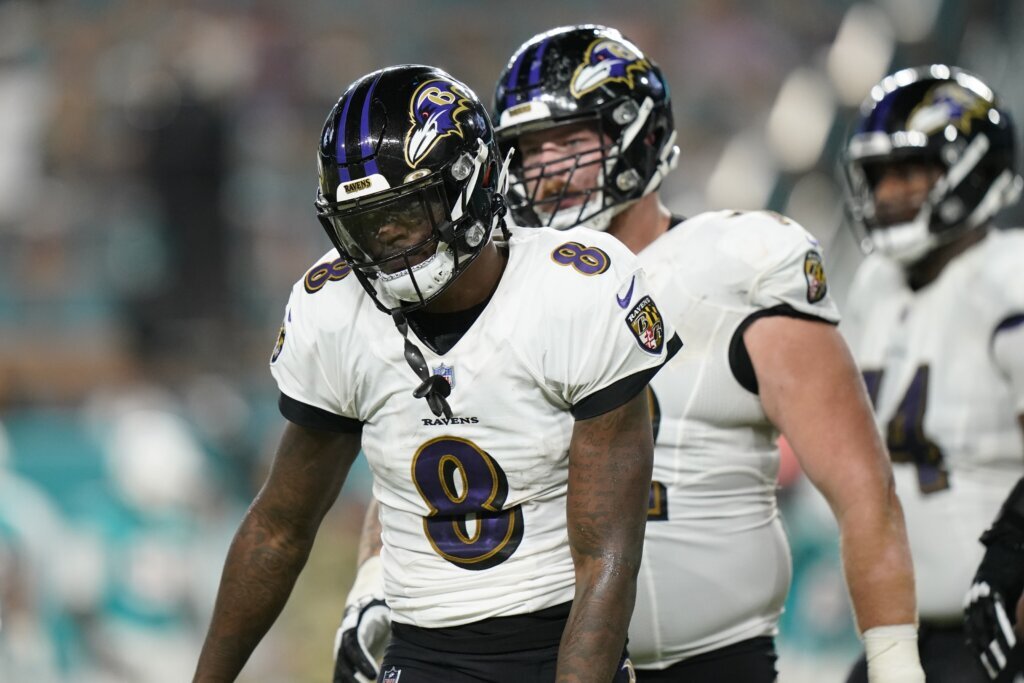 The latest from Week 11 of the NFL (all-time EST):

Baltimore Ravens quarterback Lamar Jackson will not play against the Chicago Bears on Sunday due to illness.

He’s not the only quarterback to be declared inactive for the early games. Jared Goff of Detroit will not play against the Cleveland Browns because he is suffering from an oblique injury.

Jackson’s illness apparently means Tyler Huntley will start for the Ravens against Chicago. Tim Boyle will make his first NFL start for the Lions with Goff out.

Goff was injured in a tie against the Pittsburgh Steelers last week and did not practice this week. His status remains uncertain ahead of Thursday’s Thanksgiving game against Chicago.

Boyle, 27, spent the previous three seasons as Green Bay’s No. 2 quarterback behind Aaron Rodgers. He had a solid training camp with Detroit, but broke his thumb, underwent surgery and was on injured reserve until Friday.

Copyright © 2021 The Associated Press. All rights reserved. This material may not be published, broadcast, written or redistributed.