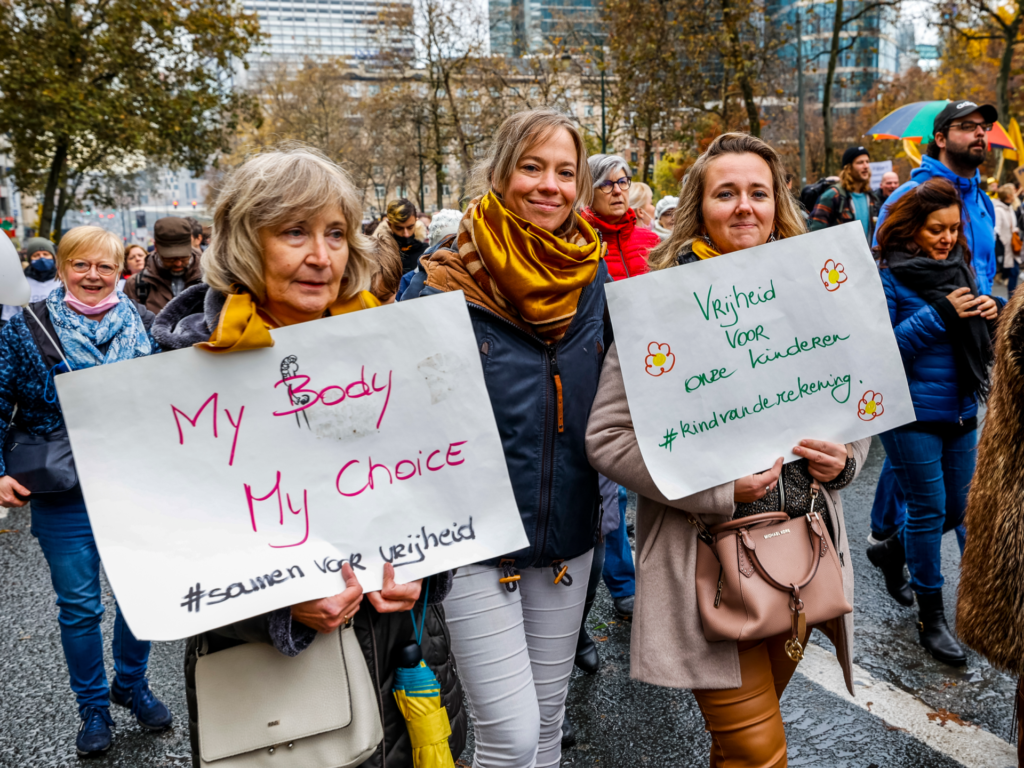 BRUSSELS (AP) – Tens of thousands of people demonstrated in central Brussels on Sunday to protest the strengthened COVID-19 restrictions imposed by the Belgian government to counter the latest spike in coronavirus cases.

Many of the police, an estimated 35,000 people, had already left for home when the demonstration ended in violence as several hundred people began pelting police, smashing cars and setting fire bins on fire. The police responded with tear gas and water cannons and tried to restore order as dusk fell in the Belgian capital.

“We have injuries, but we can’t say how many yet,” said police spokesman Ilse Vande Keere. It is also not clear how many people have been arrested.

Belgium recently expanded the use of face masks and mandatory remote working in an effort to stem a new wave of cases https://t.co/zpiG7ZiaTA pic.twitter.com/O4gPEJpuqS

Earlier, demonstrators came to protest the government’s strong advice to get vaccinated and against possible measures to impose mandatory shots.

Shouting “Freedom! Freedom! Freedom!” and while singing the anti-fascist song “Bella Ciao”, the protesters lined up behind a huge banner that read “Together for Freedom” and marched to European Union headquarters. Amid the crowd, signs ranged from far-right insignia to the rainbow flags of the LGBT community.

The World Health Organization said last week that Europe was currently the hot spot of the pandemic, the only region in which the number of COVID-19 deaths rose. The autumn wave of infections is overwhelming hospitals in many Central and Eastern European countries, including Ukraine, Russia, Romania, the Czech Republic and Slovakia.

In recent days, there have been many anti-vaccination marches in European countries as government after government tightened the measures. Dutch police arrested more than 30 people on Saturday during unrest in The Hague and other cities in the Netherlands, after much worse violence the night before.

Austria will go into a national 10-day lockdown for all its people on Monday, after first imposing a lockdown on unvaccinated people. Vienna’s Christmas markets were packed on Sunday with locals and tourists alike checking out the holiday sights before shops and food stalls were forced to close.