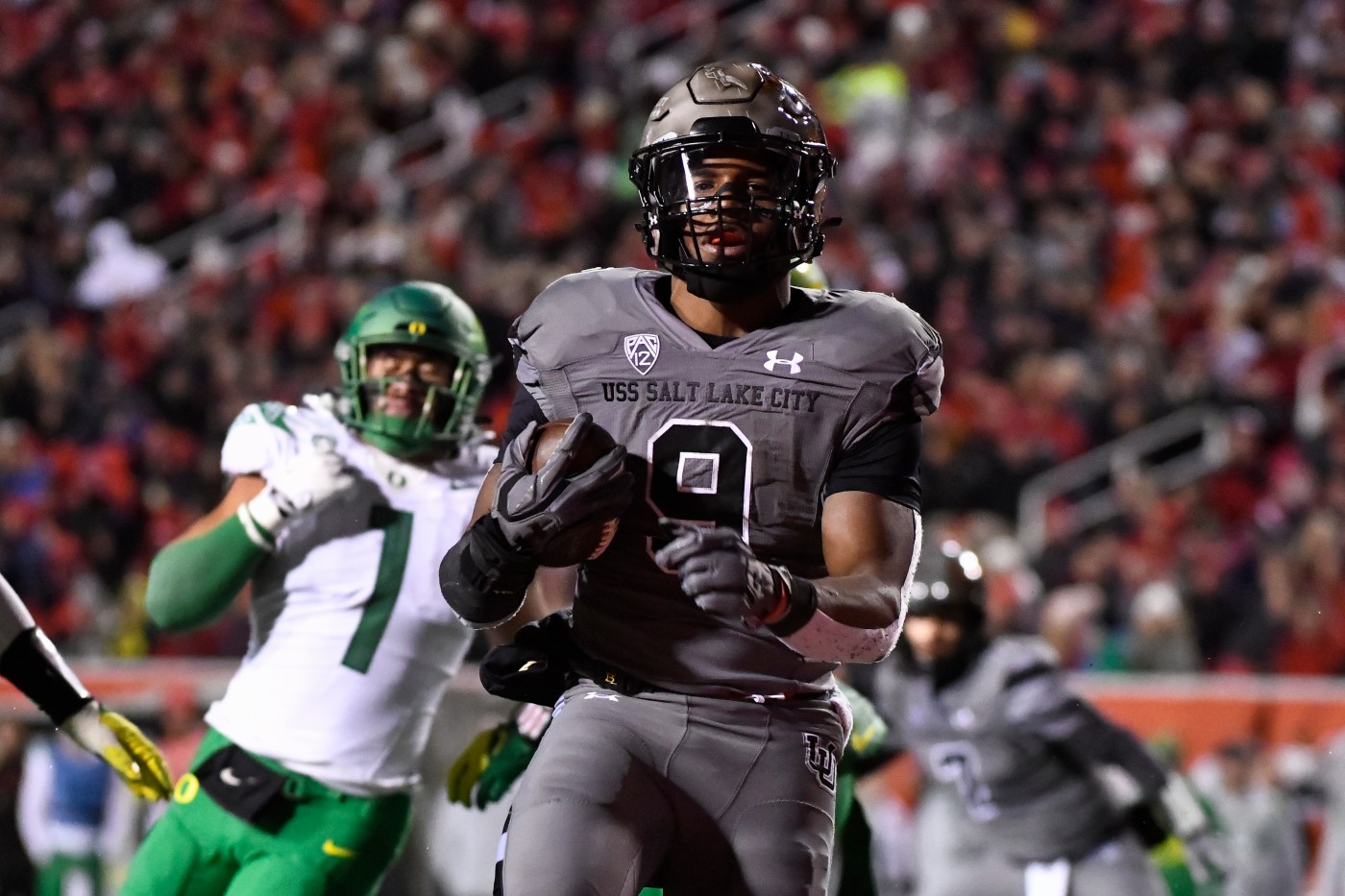 Theme of the week I: Division clarity

Utah has won the South for the third straight full season (2018-19 and 2021), while Oregon remains the leader in the North. If the Ducks beat Oregon State in Autzen, they will win a pre-rematch with the Utes in Las Vegas. If they lose to OSU, things can get complicated.

Theme of the week II: Regulation about talent

In three instances Saturday, teams with a clear schematic identity — and recruiting for that identity — beat teams that outperform in the recruiting rankings: Oregon State over ASU, Utah over Oregon and UCLA over USC.

Theme of the month: Blowouts

Five of the six games were decided by at least two touchdowns, with Colorado’s 20-17 win over Washington being the only exciting finish. During three weeks of a skewed November, 12 out of 16 games have been decided by more than one touchdown.

Theme of the half decade: (again) no CFP

For the fifth straight season, the Pac-12 is on the outside of the College Football Playoff. Oregon’s 38-7 loss eliminated the Ducks, and the conference, from the sport’s big event. The result also reduced the chances that the Pac-12 could send a second team to a New Year’s Six bowl.

Game of the Week: Category Released

We could have picked Colorado’s three-point win over UW, but it was so hard to watch—the Huskies made four turnovers and nearly won because CU couldn’t move the ball—that the Hotline simply refuses to call. After all, we have standards.

Team of the Week: Washington State

The Cougars blasted into Arizona on Friday night, recording their sixth overall win and their second since Nick Rolovich’s midseason finish. They are eligible for the sixth consecutive non-COVID season.

Coach of the Week: Kyle Whittingham from Utah

The entire Utah staff deserves credit, given the near-perfect tactics devised to offset Oregon’s strengths and expose Oregon’s weaknesses. Above all, the Utes forced Anthony Brown to win the game out of the pocket, a task he was utterly unable to perform.

The senior quarterback threw for 349 yards and four touchdowns and rushed for 46 yards and two touchdowns in the blowout victory over USC. (He also took a few seconds) to sign during the game.) It was Thompson-Robinson’s first win over the Trojans as a UCLA starter.

His 78-yard punt return on the last game of the first half delivered the knockout punch, giving the Utes a 28-0 lead over Oregon and more momentum than any team would ever need. For Covey, who began his Utah career in 2015, it was six years in the making. For the 150,000 Utah fans who will one day claim to have personally witnessed the return, it was a moment to remember.

Gaffe of the week: Oregon

The decision to sail to Covey was a huge impulse. But so was the Ducks’ game management over the series that led to the punt. They took possession with 27 seconds left, threw two incomplete passes, called a timeout and appeared to assume Utah would just let the clock run out. Instead, Kyle Whittingham got aggressive and called the time with 11 seconds left, forcing Oregon to kick. They did exactly as he hoped and fired at Covey. The double blow of bad decisions doomed the Ducks. Colossal blunders by Mario Cristobal and his staff.

Remember when the Bears were 1-5 and seemingly going nowhere? Well, they’ve won three of their last four — the loss was the COVID-stricken game in Arizona — and its wins over the Los Angeles schools that don’t qualify.

The Buffalos are eliminated in the postseason, but are determined to make something of the regular season. After winning two of their last three, they have four overall wins and some momentum heading into winter — even if they get beat in Utah.

Streak of the Season: Stanford

The Cardinal has lost six straight games since he toppled Oregon, the program’s longest losing streak since the 2006 season (before the arrival of Jim Harbaugh). David Shaw doesn’t believe in firing assistant coaches. We think he should reconsider that position.

Stat of the Week: Oregon State

Not only are the Beavers 6-0 at home for the first time since the 2000 season, they have three wins more than both USC and Washington. Of Note: Oregon State has two wins (over the Huskies and ASU) in which quarterback Chance Nolan threw less than 100 yards.

Stat of the season: USC

The Trojans have earned 255 points in five conference games at the Colosseum, an average of 45 per game. That includes Arizona’s 34-point performance, which is twice the Wildcats’ season average.

Stat of Forever I: Cal

The Bears racked up a total of 636 yards against Stanford, the most in the 124-game history of the rivalry. More than half (352) landed.

The Bruins scored more points against USC (62) than they had in any of the previous 88 matchups in their legendary rivalry.

Game of The next week: Oregon State in Oregon

Support the Hotline: Get three months of unlimited access for just 99 cents. Yes, that’s 99 cents for 90 days, with the option to cancel at any time. Details are here, and thanks for your support.

*** Pac-12 Hotline is not endorsed or sponsored by the Pac-12 Conference, and the views expressed herein do not necessarily reflect the views of the Conference.