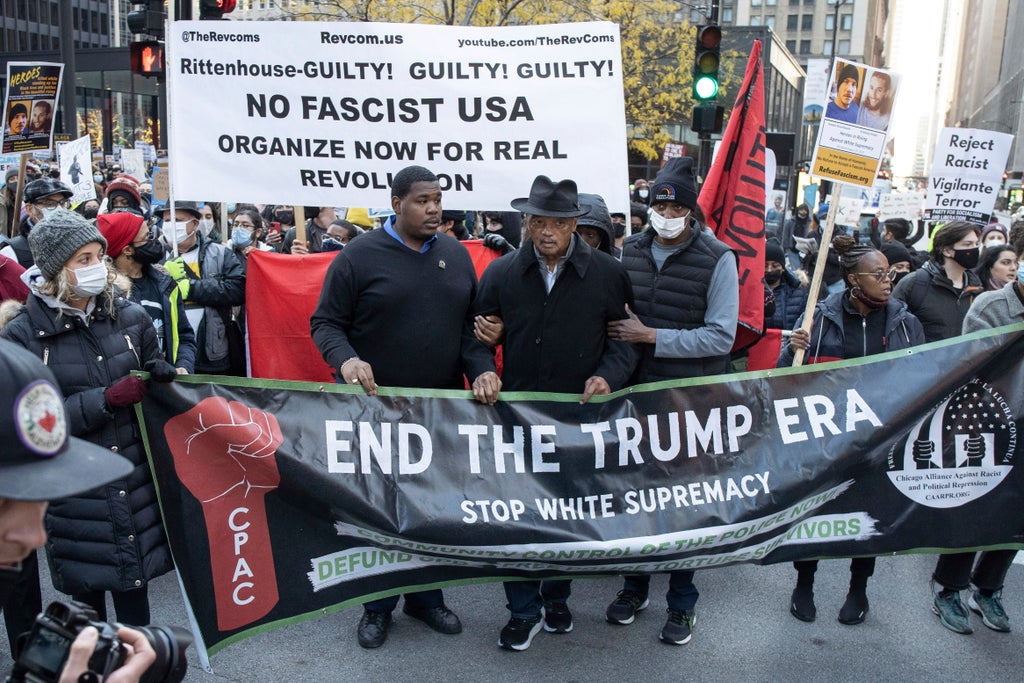 The Rev. Jesse Jackson is slated to join his Rainbow PUSH Coalition and other groups on a march in kenosha on Sunday afternoon to demand criminal justice reform following the acquittal of Kyle Rittenhuis

According to a press release, the march will follow the route Rittenhouse took in August last year when he shot two people and injured a third during protests against police brutality.

The march comes two days after a jury acquitted Rittenhouse of all charges. Hundreds of people across the country protested his acquittal on Saturday.

Among other things, the protesters will demand that the Justice Department investigate the case for further prosecution, including possible complicity in charges against Rittenhouse’s mother, the Rainbow PUSH Coalition said in a statement.

Rittenhouse, a white 17-year-old, traveled to Kenosha from his home in Antioch, Illinois, armed with an AR-15-style semi-automatic rifle during a protest against the police shooting of Jacob Blake, a black man. His acquittal has sparked new debates about racial justice, vigilantism and policing in America.

“Here’s a 17-year-old who illegally bought a gun, traveled across state lines to protect property that didn’t belong to him, from owners who didn’t invite him, and put himself at risk based on the rhetoric he’s seen.” on social media platforms,” ​​Johnson told CBS’ “Face the Nation,” calling it “a warning shot that vigilante law is allowed in this country or in certain communities.”

Rittenhouse’s lawyers described him as a scared teenager who shot to save his life. They put Rittenhouse in the stands to emphasize that point.

“I didn’t mean to kill them,” Rittenhouse testified. “I intended to stop the people who attacked me.”

The march in Kenosha begins at 2:00 PM in the Civic Center Park.