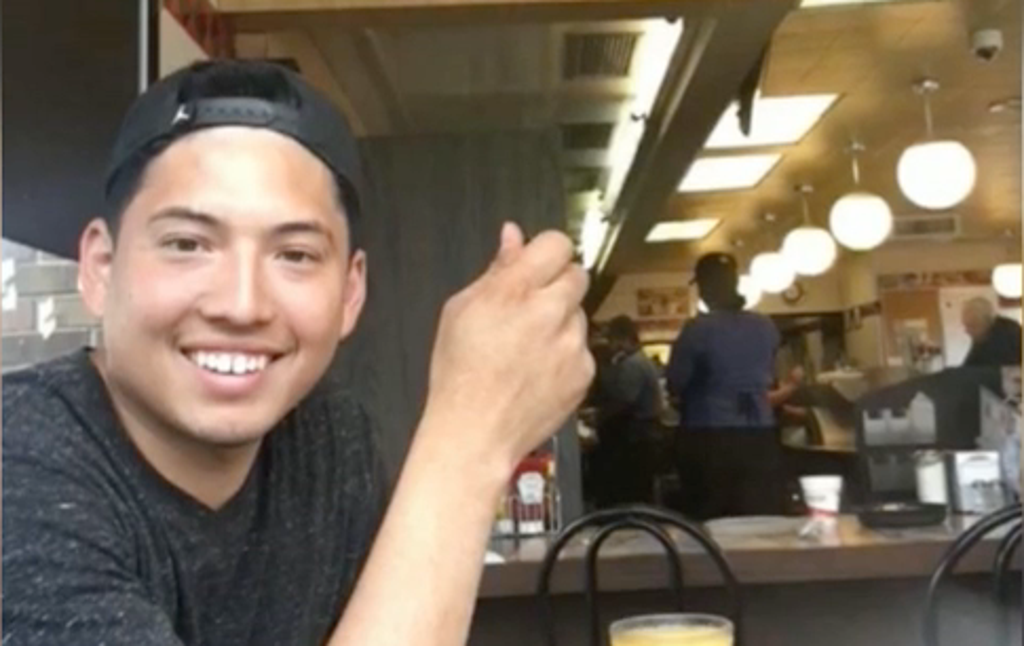 Five police officers have been charged murder charge suffocated to death of a man after a music festival in Hampton, Georgia.

Fernando Rodriguez, 24, was found walking naked along a road after attending the Imagine Music Festival at Atlanta Motor Speedway on September 20, 2019. A 911 caller alerted police to his presence on the road.

When officers confronted Rodriguez, he was confused and uncooperative, but not combative, bodycam video of the incident revealed.

After yelling at him to stop walking, Mr. Rodriguez was tasered by officers, causing him to fall on his back. The officers then forced him onto his stomach and knelt on his arms, neck and back to stop him. The man was tasered a total of 15 times.

According to a previous wrongful death case filed by his family, when paramedics arrived at the scene, Mr. Rodriguez was unresponsive, not breathing and had no pulse.

He was taken to Grady Memorial Hospital, where doctors discovered that he suffered from respiratory failure, kidney failure, anoxic brain injury, cardiac arrest, and anemia from acute blood loss.

Mr. Rodriguez died in hospital two days later. His death was subsequently ruled by manslaughter by asphyxiation by the state coroner.

The five officers were charged by a grand jury on one count each of intentional murder, two counts of felony murder and one count of aggravated assault.

They are Henry County cops Robert Butera and Quinton Phillips, and Hampton cops Marcus Stroud, Gregory Bowlden and Mason Lewis. The officers were also each charged with one count of breaching their oath of office.

Prosecutors say the officers violated their oath “by stretching Rodriguez in prone position on the floor while handcuffed and shackled, holding him and putting pressure on his body” – by allegedly kneeling on top of him.

It is not clear whether the police officers are still employed.

The prosecutor’s office said arrest warrants are likely to be issued next week.

Attorney Page Pate, who represents Rodriguez’s family, said in a statement on Saturday that he was pleased with the charges.

“Fernando’s family has patiently waited for justice in this case and they are very pleased to see the process now moving forward,” Pate said. “We are especially grateful that the officers have all been charged with murder and we believe the charges are appropriate to the crime.”