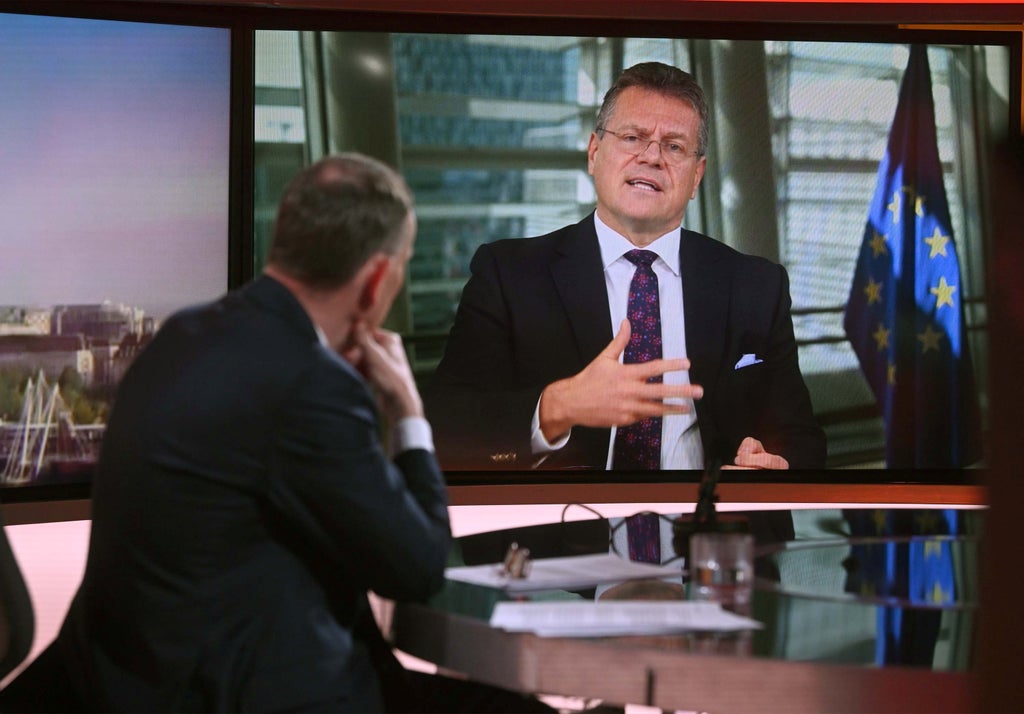 With disagreements on how to solve problems in Northern Ireland, Mr Sefcovic said that “if there is a real problem” with the protocol, “we can find the solutions”, but the two sides must work together .

Appear on the Andrew Marr Show on the BBC he was asked why he could not accept proposals that goods not leaving Northern Ireland could be treated one way, while goods that could enter the Republic were treated differently.

He said: “Would the UK accept not having an overview of what is coming to the UK market? Would they accept it? I do not think so.

“And you just have to understand that if anything comes to the EU’s single market, we need to have an overview.”

He said the EU had already proposed “gestures and solutions” on their part, but added: “We cannot undo Brexit, especially not the type the UK has proposed, negotiated and the agreement on this with us. has signed.”

Speaking on Sunday, Ireland’s foreign minister also said the UK and EU negotiating teams needed space to continue working to resolve the deadlock over the post-Brexit settlements in Northern Ireland.

Simon Coveney said he believed both sides were now “serious” in seeking solutions to some of the problems posed by the protocol.

“I think both are serious about their engagement with each other now, trying to find a way forward in practicalities that can reduce the protocol’s impact on the ground,” he said.

“I think now is the time to try and give the negotiators space.”

The comments follow a call from Brussels on Friday to the British government to find a solution to problems at the Northern Ireland border “over the line”, after a fifth round of talks ended without a breakthrough.

Lord Frost has indicated that progress has been made in his talks with Mr Sefcovic, saying there was now “potential to generate some momentum in our discussions”.

The Tory peer, who negotiated the Northern Ireland Protocol, has previously threatened to suspend the agreement by activating Article 16.

In recent weeks, however, he has taken on a less combative tone, suggesting that negotiators may be closer to reaching an agreement.