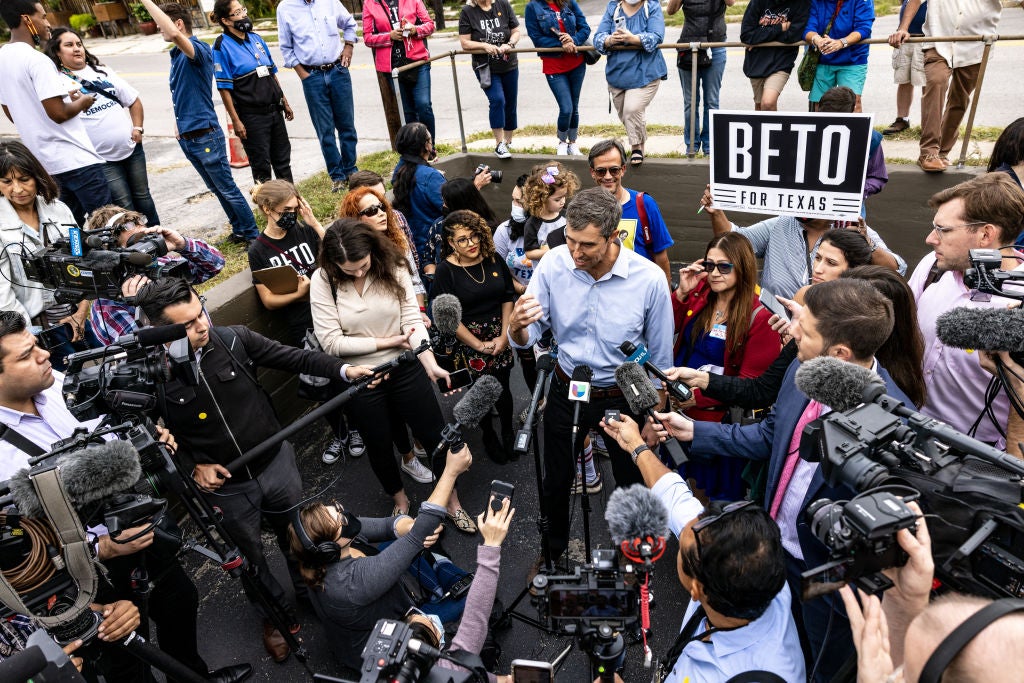 Beto O’Rourke, the former congressman and presidential candidate now running for Texas’ next governor, has declined to say whether he would invite President Joe Biden to campaign with him ahead of the 2022 election.

O’Rourke was asked twice during an interview with CNN on Sunday whether he would accept an offer from the president to appear together at a rally or other event.

“This Texas campaign will not be about Joe Biden, it will not be about Donald Trump. It’s not about anyone outside of our state,” the former congressman said, before criticizing Governor Greg Abbott for managing the state’s electrical grid during the brutal winter storms earlier this year.

CNN host Dana Bash then asked sharply whether his response meant that Mr. O’Rourke “would prefer that he [Mr Biden] don’t come” and campaigned with him in Texas.

“It means I’m focused on Texas, and my fellow Texans. Those are the people who matter most to me,” he said, adding that there was “no politician” from out of state who could somehow influence the race in any meaningful way.

The comment was Mr O’Rourke’s second in less than a week that could be interpreted as a public attempt to distance his campaign from the president and his administration’s policies.

While launching his campaign last week, Mr. O’Rourke gave interviews, including to a local CBS affiliate, discussing the issue of immigration and the growing number of detentions at the US-Mexico border of undocumented immigrants.

Immigration is a hot-button issue in Texas, which borders Mexico, and especially among state Republicans. A poll of Texas voters conducted in October 2020 found that 16 percent of voters identified this as the most important issue.

Mr O’Rourke, who backed Mr Biden after dropping out of the 2020 presidential race, took a swipe at the president, calling for greater “order” and security measures on the southern border.

“Obviously, President Biden could do better at the border. It’s not a priority enough for his government,” said Mr O’Rourke.

He added that the president must work to restore “predictability, order and the rule of law” in the border region.

Mr O’Rourke’s comments contrast with the dynamism in the recent Virginia governor’s race, which ended in a GOP victory earlier this month.

Democratic candidate Terry McAuliffe failed to make the presence of former President Donald Trump and his support of his Republican opponent Glenn Youngkin a key factor in the race in Virginia. Mr. Youngkin claimed victory and surprised some Democratic agents.

However, Mr O’Rourke did not appear to be shifting to the right on all counts. Asked by Ms. Bash on Sunday whether he was heeding a call to ban AR-15s he made during the 2020 Democratic primary, he replied that he did.

“Yes, I am still of this opinion,” said Mr O’Rourke. He added that Texans wanted to “protect the Second Amendment” while having reasonable restrictions on firearms.