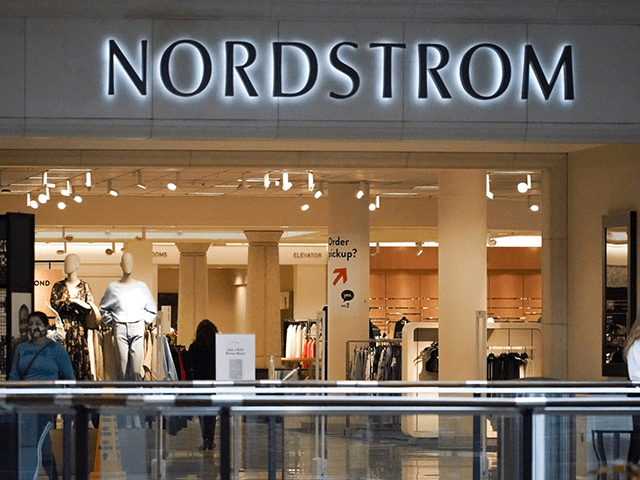 About 80 masked looters stormed a Nordstrom in San Francisco around 9 p.m. Saturday, armed with crowbars and other “weapons.”

ABC 7 spoke with the manager of nearby PF Chang, who said: “We probably saw 50 to 80 people with ski masks and crowbars and a bunch of guns. They were looting the Nordstroms here. And I thought they were going to hit cars. I had to lock doors, lock the front door, lock the back door.”

“There was a crowd of people. The police flew in. It was like a scene from a movie. It was insane.” added the PF Chang manager, according to to CBS SF.

At least one of the looters had a firearm.

The masked suspects grabbed arms full of merchandise, ran outside to waiting cars, then ran away.

Drivers allegedly blocked the nearby street as looters entered the store:

#Break About 25 cars just blocked the street and ran into Walnut Creek Nordstrom to make off with goods before getting into cars and driving away. At least two people arrested at gunpoint. pic.twitter.com/AG3R94M9L3

NBC News noted“One employee was sprayed with pepper spray and two others were beaten and kicked.”

AWR Hawkins is an award-winning Second Amendment columnist for Breitbart News and the writer/curator of Down Range with AWR Hawkins, a weekly newsletter aimed atn all things Second Amendment, including for Breitbart News. He is a political analyst for Armed American Radio and Ambassador of Turning Point to the US. Follow him on Instagram: @awr_hawkins. Reach him on [email protected]. You can sign up to get Down Range at breitbart.com/downrange.