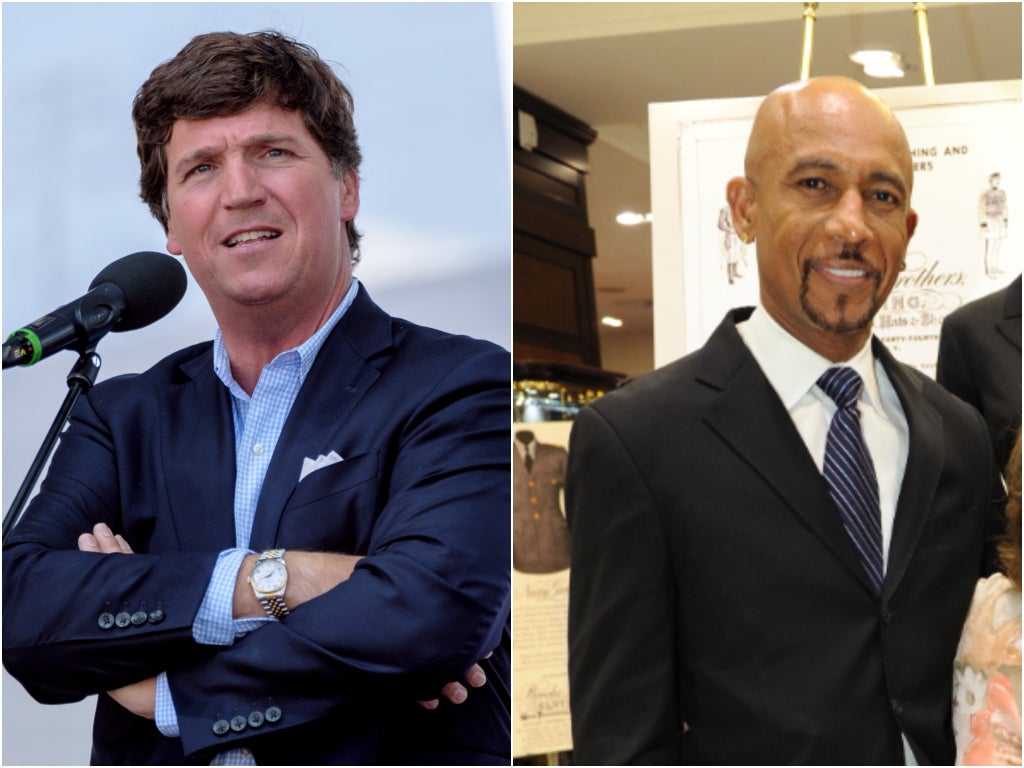 TV presenter Montel Williams has blasted Tucker Carlson by Fox news for comments he made about Mr. Williams’ relationship with the Vice President Kamala Harris, whom he briefly dated 20 years ago.

“We’re not quite sure what to make of it,” said Mr. Carlson on his Monday night show, “but it turns out Kamala Harris was also dating tabloid TV host Montel Williams, who used to do shows about people’s weird sex lives. .”

Mr. Carlson also noted their dating history back in January, when he said she is “Montel Williams’ ex-girlfriend and will forever be described as such on this show”.

Mr Williams told Mediaite that he has “no idea” why the Fox News host is interested in the relationship.

Mr. Carlson suggested on his program that Mr. Williams would come on the show to talk about the relationship, but Mr. Williams shared: Mediate that he’s “not sure if they allow people who look like me into either of the two very white enclaves from which he does the show”.

“I don’t know. I got to where I am without being an heir to a fish fingers fortune,” he added, referring to Mr Carlson’s stepmother, Patricia Swanson, the heir to the wealth generated by the frozen food company Swanson.

“I grew up in the wrong part of Baltimore and managed to get through it anyway,” added Mr Williams. “Would Tucker be where he is if his father hadn’t married a fish stick heiress?”

“The last time he was in a room with me, he was nervously looking around the room in silence,” he tweeted on Tuesday.

He told Mediate that he didn’t speak to Mr. Carlson, but that it “wasn’t awkward for me, obviously it was for him.”

Mr Williams’ publicist revealed that the two TV presenters during the 2016. spent some time in the same room Republican National convention in Cleveland, Ohio.

“To be honest I didn’t recognize him until he was shown to me,” Mr Williams said of the occasion. “Keep in mind, he’d said all sorts of crazy things about me before that, and he just didn’t seem to have the same fighting spirit that he projects on TV in real life.”

“She really grew up in Canada,” Mr Carlson said of Ms Harris on Monday. There she went to high school. In that sense, she’s not from this country,” he claimed.