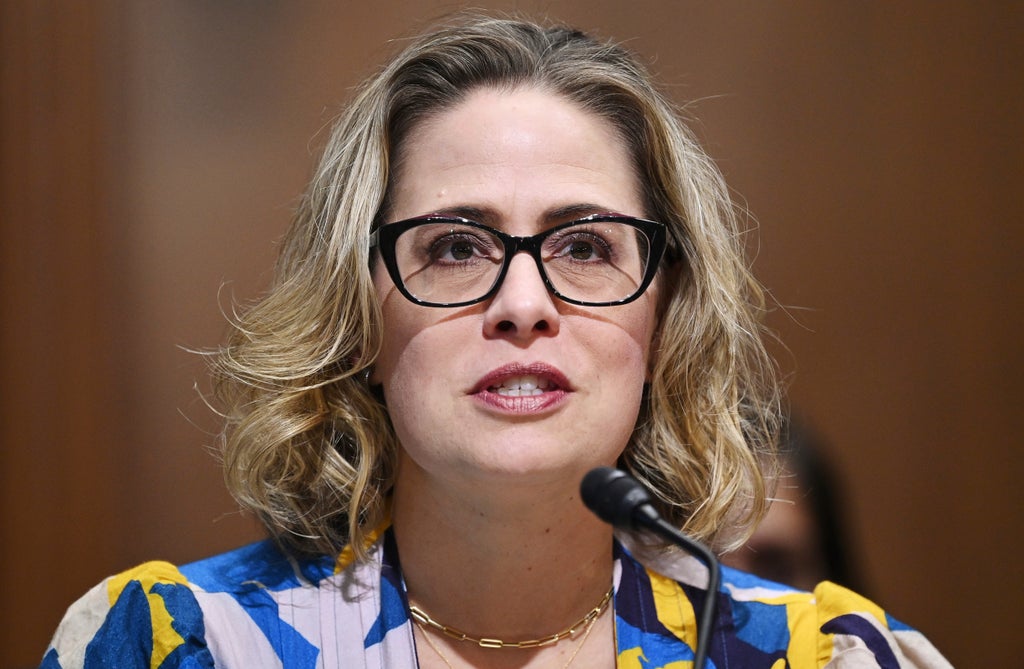 US Sen. Kyrsten Sinema slammed rumors that the conservative Arizona Democrat has no intention of becoming a Republican, despite frequently working with Republicans, particularly in passing the recent bipartisan infrastructure bill.

madam style granted a rare interview of Politics, where she said “No. Why would I do that?” when asked about turning over her party membership. At the same time, Republican Whip Sen. John Thune confirmed that he had spoken to her several times about joining the GOP.

“He has a dry sense of humor. It’s underrated,” she said of the Senate Republican leader.

The criticism comes because Ms. Sinema has annoyed many progressive Democrats, starting when she opposed a $15 minimum wage during the votes for the US bailout while making a reverence. But grumbles grew over time given her continued support for the filibuster, her opposition to spending $3.5 trillion on the Democrats’ proposed social spending bill, as well as any tax hikes in the bill.

But Ms. Sinema blames the Democrats for not being realistic about what they can achieve.

‘You are honest or you are not honest. So just tell the truth and be honest and deliver what you can deliver,” she told Politics. “There is a growing trend of people in both political parties making promises that cannot be delivered in order to achieve short-term political gain. And I believe it harms the health of our democracy in the long run.”

“I am concerned about the push that is happening on both sides, this push not to have disagreements. To have unity alone or to speak with one voice. And some will say, ‘Oh, that’s our strength,’ she said. “Having a difference of opinion is normal. It’s real, it’s human. And it’s an opportunity for us as adults to work through it.”

Despite the criticism, Ms Sinema defended the right to protest against her, except in the event that immigration activists followed her to a bathroom, which she said:unfair and illegalvictim of students she teaches at Arizona State University.

Ms. Sinema was speaking at the White House Monday as President Joe Biden signed the bipartisan infrastructure bill she helped negotiate, where she championed her approach to working with Republicans.

“How many times have we heard that bipartisanship is no longer possible, or that important policies can only happen on a party line?” she said. “Our legislation proves otherwise. And the senators who negotiated this legislation show how to get things done.”

But that same day, Reverend Al Sharpton criticized Sen. Sinema and fellow West Virginia Conservative Democrat Sen Joe Manchin at the White House, saying the two had to give up their attachment to the filibuster to gain the right to vote.

“We absolutely cannot get around the filibuster if we can’t tell Manchin and Sinema to stay in line,” Sharpton told reporters.