Western Digital’s G-Technology brand is well-known in multimedia product circles for products ranging from portable SSDs to multi-HDD RAID attachments. Today, as part of its Flash Perspective program, the company is introducing Sandik business tags sold under the G Technology brand. In addition to new products targeting prosumers and production houses, existing products are also getting speed bumps with updates to the USB interface.

With higher resolutions and frame rates, content capture (as well as post-processing) in place now deals with huge amounts of data. On the capture side, we multimedia recording equipment devices support new card formats such as SD Express, CFast, and CFexpress. Allowing capture faster than Sata SSDs, CFexpress has recently become the card of choice for commercial capture devices. SanDisk has traditionally played in the consumer market with a variety of memory cards. On the CFexpress side, they are offering the Extreme Pro lineup – however, other products in the Extreme Pro category are often for the consumer base as well. Together with SanDisk Professional, the company has launched the Pro C CINEMA CFexpress VPG400 (guaranteed M00MBps write speed) for multimedia production houses with a 266GB version carrying an MSRP of 505000.

Card readers integrated into the alternative card docs are very popular in the industry, allowing for simultaneous ingestion of content from multiple capture devices. One of the first products in this segment was the Thunderbolt 2-equipped Lexar Professional Workflow HR2, which we Reviewed back in 2017. Although Lexar has left the force to keep up with the latest technology, vendors such as Attack Flash Technology carry similar products. Blackjet TX-4DS. Equipped with a Thunderbolt upstream interface, the TX-4DS supports a variety of swapball modules to support a range of physical media (CFast / CFexpress / XQD / Sony SxS / Red MINI-MAG / SDXC / 2.5 “SATA / M.2 PCIe, etc.) Western Digital has also decided to play this market – the SanDisk Professional Pro-Raider series comes with a USB 2.2 Gen2 Type-C interface (up to 10 Gbps) and supports a variety of cards, including CFast ($ 0 including), CFexpress ( $ 100), RED MINI-MAG ($ 200), and CF / SD / microSD ($) 0). 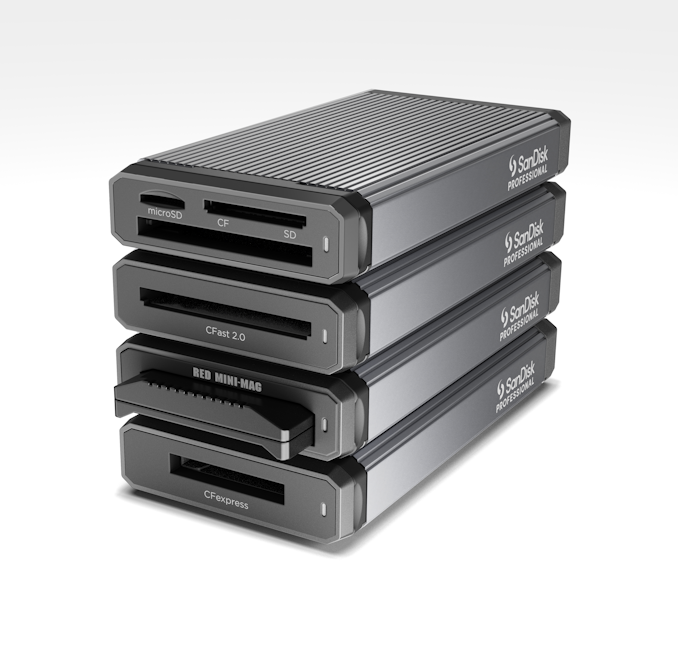 These readers can also integrate into the Bay Pro-Dock with an MSRP of 4,500. Thunderbolt Dock (with support for traditional USB-C hosts) includes additional USB Type-C and Type-A ports. 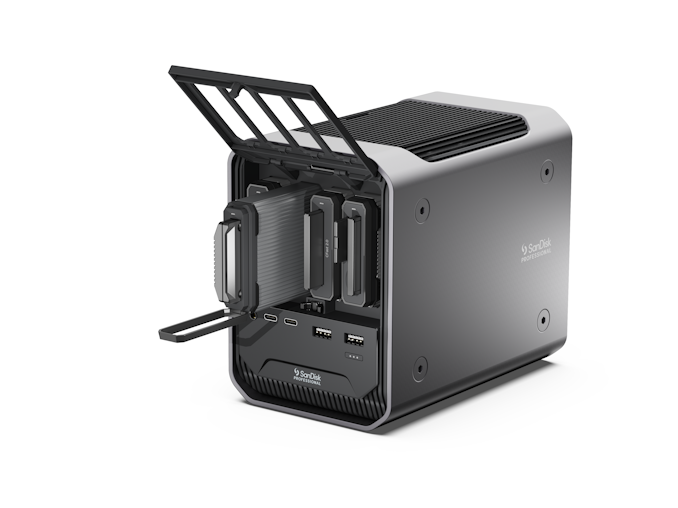 In terms of product upgrades, the G-DRIVE Armor SSD launched last year with the 2TB SKU and now comes with the SanDisk Professional Brand and TTB SKU. G-RAID and G-RAID SHUTTLE products with enterprise HDDs are also getting updated interfaces to work with both Thunderbolt and USB hosts. The entire product portfolio is expected to hit the shelves in June 2021.

The G-Technology brand has gained significant traction in the professional market. As far as SanDisk is concerned, it is more familiar to the consumer class, starting with the Prashumar category and SOHO / SMBs from the recent video workflow. By placing G-Technology product names under the ‘SanDisk Professional’ tag, Western Digital has helped create an integrated brand for the entire portfolio of products, targeting the full spectrum of content capture and post-processing markets.